“I get paid to tell the truth”… 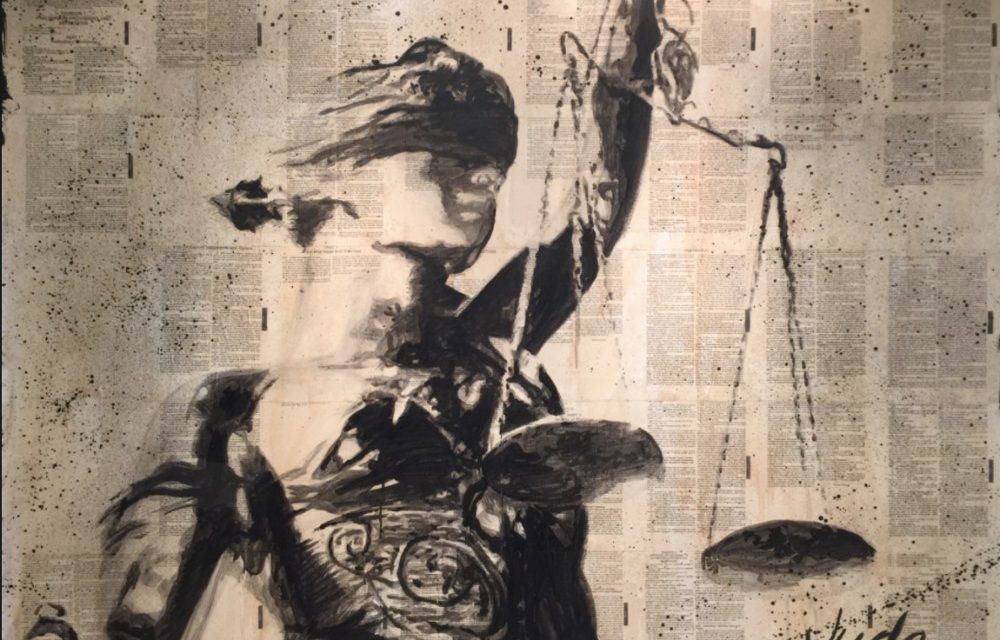 My cousin John DeWalt graduated from Wheaton College and after serving in the Army and learning to fly a helicopter down at Fort Benning,1 he went to law school and took a job working for one of the unions in his native Pittsburgh. Legal counsel was a union benefit back then. Members could use him for whatever they wanted and his salary was paid by their union dues.

Growing up, I’d known several attorneys and have known many since. After maybe ten years in this first position, John quit and took a job clerking for a federal judge. We had always been quite close. Many Sundays when John was at Wheaton, he would come out to Bartlett and have dinner with us, after which John and I would go outside and spend an hour or two tossing the frisbee. Great fun.

We also used to do anything we could to get our hands on firecrackers and mini-bombs. Then we’d have a bangup time blowing them up. One night we hid in the tall grass of a fencerow while the cops drove out onto the hayfield and panned the field with their spotlight trying to find the criminals setting off firecrackers. The neighbors must have complained. John was scared stiff because he was advanced ROTC. Squeezing my legs with his hands (I was in junior high school), he hissed, “Don’t make a sound! I’ll never get to be an officer if they catch us!”

Many years later, I gave John a mini-bomb my brother David had gotten his hands on. It was something like an M-80, if you know what that is, so it packed a big big bang. John sat on it for a few years. Then one Fourth of July, his neighborhood was banging with firecrackers so John decided he’d make a bang himself. He found the mini-bomb and went out on his front porch to set it off. He should have placed it on the waist-high wall on the front of the porch, lit it, and run. Instead, he held it between his thumb and forefinger. Bad move. The mini-bomb had a flash-fuse (a defective fuse the fire runs through in a millisecond) and before he could throw the thing, it had blown off half his thumb, the last joint of his forefinger, and part of his middle finger.

He called me right away. He told me my mini-bomb had blown off half his thumb, the last joint of his forefinger, and part of his middle finger. We both laughed. Male humor. It seemed like a fitting end to all our years blowing things up. He also told me his thumb and fingers were killing him. He said the pain was awful.

At that point in his career, John was serving as the senior administrative clerk to the chief justice of the Pennsylvania Supreme Court. He took a few days off. To heal, yes; but also to steel his nerve at having to own up to what precisely he had been doing when he blew off large amounts of his digits. It was the top law enforcement agency of the state of Pennsylvania, after all, and John was a Presbyterian Christian who took great pride in being law abiding. In everything but mini-bombs on the Fourth of July, that is.

Anyhow, back when he switched from serving as a union benefit to clerking for a judge, I asked John how he liked his new job?

“Because I get paid to tell the truth.”

That was all. I thought about it and realized the necessary inference was that his former work had often required him to lie. He represented men and women who were using the judicial system to lie and cheat and steal and he had no choice about serving as their counsel, and therefore aiding them in their deceptions.

What a terrible thing it is to get paid to help people lie. Especially for a Christian who is a Presbyterian. The clerk of session, even. And if you think you don’t lie and lawyers shouldn’t, you have a very thin doctrine of sin and likely not much self-critical capacity.

I was the same, once. Serving as the senior pastor of a fractious church where the elders had run the two previous pastors out of the church and were trying hard to do the same to me, one former campus parachurch worker who was an elder in the church accused me of lying. I didn’t cop to something he’d been told about me. It was a perverse lie, so when he told the elders my denial was a lie, I mounted my perfectly righteous indignation and pronounced, “I don’t lie!”

We all lie—every last one of us. Just like we’re all proud, especially the Uriah Heaps among us. We’re all faithless just like the Twelve. We all hate. We all steal. Time for instance. We all lust—each in his own way.

John loved his new job because finally he was getting paid to tell the truth.

This morning I was thinking about the great privilege pastors have. We get paid to tell the truth! Isn’t that the essence of being God’s prophet? When every man and all the world have been reduced by FB, Instagram, and Twitter to telling lies and flattering each other, we men called to preach God’s Word are the final bastion against the encroaching darkness being promulgated by the Father of Lies.

Is that how you do your work, dear brother? Do you love God’s truth and do you give it to your sheep straight?

There are always elders, and sometimes whole congregations, who demand you scratch their ears where they itch. But most Christians love the pastor who tells them the truth. That’s what they pay us for, if you can imagine it!

What a glorious privilege! Servant of God and undershepherd of His sheep, don’t betray your calling.

How much I love the congregation of Clearnote Church! Two of the things I say to someone who doesn’t know this congregation and wonders why I love it so is that we have over a hundred children under the age of five and our elders and congregation would not stand any pastor pulling his punches from the pulpit. I brag that my people and their elders would fire me if I didn’t give God’s Word to them straight.

So now, pastors, we get paid to tell the truth.

Do it. If you refuse to, one day soon you will answer to God for it.

No one is loved by his sheep and fellow shepherds like the pastor who never hesitates to tell them every last thing God has to say to them.