Why John Calvin’s Institutes are great… 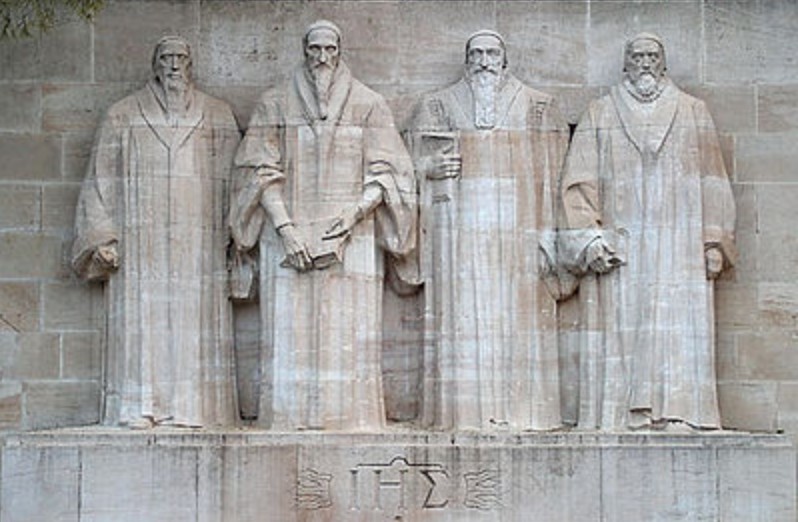 On a reformed social media forum, one brother writes that he just finished reading the Institutes and he commented:

Wow. It’s clear to me that a lot of people who call themselves Reformed haven’t read Calvin.

He’s right, and speaking of reading Calvin’s Institutes, I’ve been taught them, taught them, had reading groups with them; I use the Battles edition and it’s a post-noted scribbled mess…

That said, you haven’t read Calvin if you’ve just read the Institutes. You have to hold the Institutes in your left hand and his sermons and commentaries in your right. Then, on the table in front of you, place his consistory records of church discipline. Skip secondary sources until you know Calvin pastorally. Most Calvinist doctrinal stuff today isn’t the least bit helpful for shepherding God’s flock because it’s not pastorally motivated and honed. It’s my own observation that social media discussions of Reformed theology don’t smell like Calvin.

Calvin was a pastor, first—remember Farel?—and that made all the difference. If he’d gotten his wish and escaped Geneva, no one but scholastics would remember him and no one at all would love him.

Michael Foster then posted this: “Last week, I was rereading Old’s Worship: Reformed According to Scripture, and was struck anew by this section on Calvin’s sermons”:

Calvin’s purpose in preaching was to present the message of the text in a simple and straightforward manner and then apply the text to the lives of his hearers. What surprises the modern reader of Calvin’s sermons is the simplicity of his sermons. We find no engaging introductions, no illustrative stories nor anecdotes, no quotations from great authors, no stirring conclusions. Although Calvin was one of the most literate men of his age, and although he was a master in the use of language, his sermons depend not at all on literary elegance. The forcefulness of his sermons is to be found in the clarity of his analysis of the text. Calvin seems to have no fear that the Scriptures will be boring or irrelevant unless the preacher spices them up. In fact, Calvin seems to have a horror of decorating the Word of God. Scripture does not need to be painted with artists’ colors! So confident is the Reformer that God will make his Word alive in the hearts of his people, that Calvin simply explains the text and draws out its implication. The simplicity and directness of his style is based in his confidence that what he is preaching is indeed the Word of God. This simplicity is an expression of reverence.

This does not mean Calvin was unaware of rhetoric. He was a master of it! He knew Aristotle, Cicero, and Quintilian well. He had carefully schooled himself in John Chrysostom and Augustine, both accomplished in the art of rhetoric. As is often said of very great artists, he had mastered his art so completely he knew how to hide it. pp. 75-76

Foster concludes, “Calvin didn’t feel the need to show-off his scholarly knowledge in the pulpit. He used his training to guide him in making much of God’s Word and little of himself.”

Let me add one thing to Foster’s comment. Speaking of Calvin’s pastoral commitments, particularly in his preaching, each of his sermons is aimed at the conscience as he opens up our sinfulness and God’s holiness. Then the closing prayers! Ahhh!