A snowbaby for Christmas… 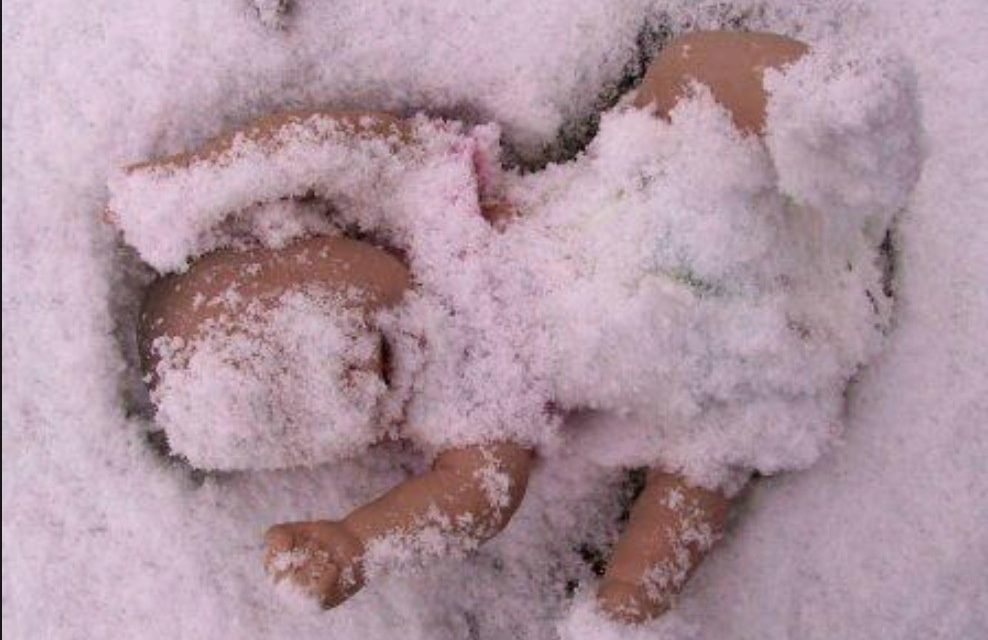 Rebels against God get tongue-tied. Pity them—they can’t help it. Truth tries to break the surface, but it’s no use. The mouth speaks from the heart and the rebel’s heart is dark.

CNN got tongue-tied a couple days ago. They wanted to engage in a little Christmas cheer by announcing the birth of a miracle baby. Advent is the season of miracle babies, but it’s not easy talking about babies when we slaughter between a quarter and a third of all those precious little ones God gives us. Worldlings try to hide who they are by cuddling their dogs. If an actual baby pops up next to them, they put their best face on. Remembering how they are with their dogs, they try to mimic it. They coo and cuddle, but the cooing and cuddling of those who live off the blood of infants gives off a certain putrefaction.

CNN had a wonderful occasion to announce. A miracle baby girl named “Emma” has been born. The miracle is little Emma is the same age as her mother. As Emma’s mother puts it, “This embryo and I could have been best friends!”

Tragically though, this newborn Emma spent the first twenty-five years of her life incarcerated. Her prison term began October 14, 1992, and she had to wait until March 13, 2017 for her release. This precious little girl served a quarter-century all alone on the frozen tundra of her Siberia.

She couldn’t. Her mother and father froze her, then left her under the care of embryologist ghouls who presided over her deep-freeze prison.

CNN isn’t so truthful. Although they tell readers little Emma had been “frozen,” they try to humanize the cruelty by calling Emma a “snow baby.” Isn’t that cute? Did Emma have a snow-suit on? Did they bundle her in her car seat? As they buckled her in, did a snowflake land on her little dimpled nose? Had Dad warmed up the car? Were they on their way to the Christmas Eve service? Or maybe Grandma and Grandpa’s where the wood stove would warm them as they listened to Christmas carols and read about Papa Panov’s Christmas?

“Snow baby” is a softer turn of phrase than “freezer baby” or “cryo baby.” Snowflakes fall gently and are soft. And in God’s kindness, little Emma was finally allowed to fall gently into this world and she’s perfectly soft—soft as a baby’s bottom.

But look what we’ve become. This is the price of our rebellion against God. We are determined to build a tower that raises us to heaven so we can seat ourselves in His throne room. Determined to have “our baby,” we imprison hundreds of thousands of little Emmas for decades, then write a fairy tale about one of them who by the grace of God escapes her torment.

Created for in vitro fertilization by another, anonymous couple, the embryos had been left in storage so they could be used by someone unable or unwilling to conceive a child naturally.

These are “snowbabies,” lingering in icy suspension, potential human lives waiting to be born.

“Left in storage?” As opposed to what? Left behind? Tossed?

“Potential human lives?” A “snow baby” is alive—no question about that. So does “potential” modify “human”? Maybe so long as the baby stays frozen in the freezer, she’s penguin life? Not until we thaw her out does she take on God’s image and likeness—you know, that thing that makes us men a little lower than the angels?

And there’s that part about snow babies “lingering.” But lingering is always the lingerer’s choice, right?

This baby has no choice. She can’t linger. She wants out! Wouldn’t you?

CNN is tongue-tied over their Christmas miracle baby. But are we any less so, those of us who name the Name of Jesus? Do we speak of “fertility assistance” and “embryos,” acting as if we are ignorant of what we’re saying and doing to get a baby for ourselves?

I remember Joe Sobran pointing out how abortionists had to prove their high moral integrity by publicizing the good scientific purposes served by the body parts of the babies they had slaughtered. CNN’s snow baby story of embryo adoption is the same ethical racket. Make no mistake: this Christmas story is built on the end justifying the means. The end is the birth of little Emma. The means is her incarceration in a freezer for a quarter-century.

God bless little Emma, for sure. God also bless all the little Emmas and Alistairs still out in the cold waiting to be released.

God bless them all, real good.