Breathing Space? Not In Flyover Country 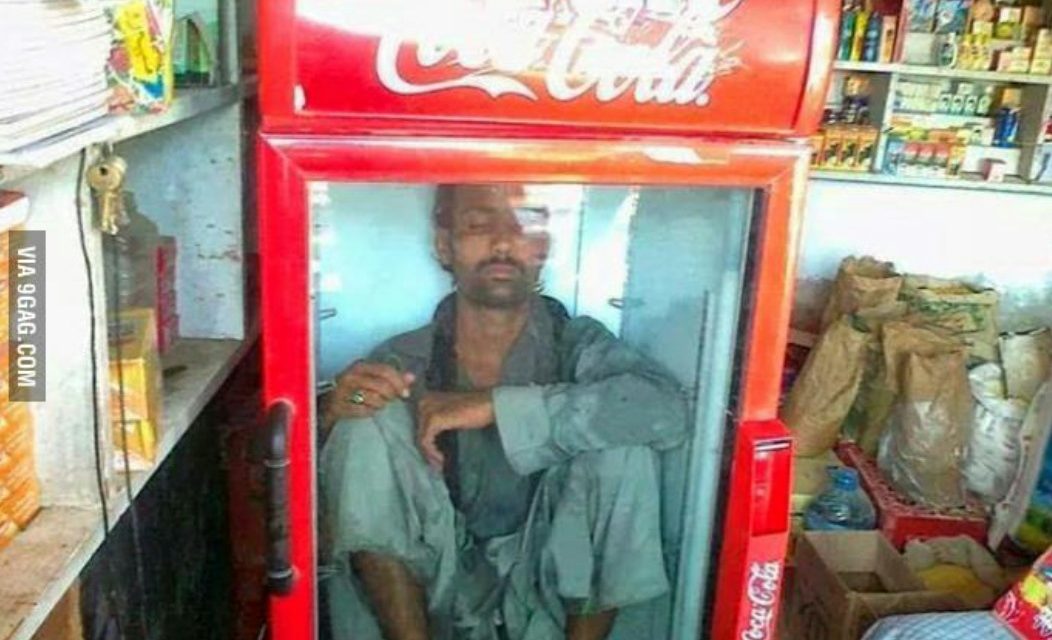 If you grew up in the ’70s or ’80s, you may remember Mr. Yuck and other kid-safety PSAs. One particularly disturbing warning was never to climb inside a refrigerator. In those days, some refrigerators couldn’t be opened from the inside. The recent cake-baking argument before the U.S. Supreme Court is a reminder of this death trap.

Four attorneys argued the case. One defended the cake baker, another the baker’s oppressors on the Colorado Civil Rights Commission. A third represented the American Civil Liberties Union, also on the side of suppressing civil liberties.

The fourth attorney was from the Department of Justice, and he was there to help. The Court addresses him as “General Francisco.” He’s what’s called a “Solicitor General,” the top lawyer representing the United States government in arguments before SCOTUS.

This case raises an important issue for a small group of individuals; namely, whether the state may compel business owners, including professional artists, to engage in speech in connection with an expressive event like a marriage celebration to which they’re deeply opposed. In those narrow circumstances, we believe the Free Speech Clause provides breathing space –1

This oxygen-thin environment seemed to trouble Justice Kennedy. But not because it was too stifling. “It means,” Justice Kennedy fretted, “that there’s basically an ability to boycott gay marriages.”2 Well, whatever General Francisco meant, that’s not exactly what the Constitution means. What the Constitution means is that a Christian is free to love homosexuals and any other sinner by not endorsing their sin. Or, given his circumstances and gifting, the Christian could decide that it’s possible to honor God and love the homosexual couple by providing them goods or services in a way that testifies to the Truth.

It’s amazing that our Elites, who endlessly pride themselves on their nuance and diversity, can’t grasp the simple pluralism of the individual conscience. Instead, Justice Kennedy and General Francisco tap-danced around what kind of sign the baker could put in his window:

The infantilization of the American public is a sight to behold. Cake Baker, thou mayest not say, “We do not bake cakes for gay weddings.” But, Cake Baker, thou mayest say, “We do not make custom-made wedding cakes for gay weddings.” And federal officials are earning fat taxpayer-funded salaries and pensions debating these demeaning and meaningless distinctions.

With barely any time to curtsy before the “dignity interests” of the homosexual couple, General Francisco is hit with another brain-twister:

GENERAL FRANCISCO: Well, Your Honor, I—I agree that there are dignity interests at stake here, and I would not minimize the dignity interests to Mr. Craig and Mr. Mullins one bit, but there are dignity interests on the other side here too.JUSTICE SOTOMAYOR: Counsel, sometimes it’s not just dignity. A couple of the briefs—one of the amici [friends of the court] briefs pointed out that most military bases are in isolated areas far from cities and that they’re in areas where the general population, service population, is of one religion or close to one religious belief. So where there might be two cake bakers. They name a couple of military bases like that. . . .4

If you’ve been wondering about your calling in life, ponder no further. To Justice Sotomayor, you are a member of the “service population.” Presumably, you exist to serve homosexuals in the military who want to marry each other. So be warned. If you and your fellow drones in the “service population” located around Camp Rednecksburg are too religiously homogenous, the Constitution may start palpitating. In reality, of course, a concentration of Christians in a rural area near a military base diminishes neither their First Amendment rights nor anyone else’s.

Nevertheless, wrapped in the Stars and Stripes, Justice Sotomayor gets down to business:

JUSTICE SOTOMAYOR: . . . So how do we protect the military men and women who are of the same sex who want to get married in that town because that’s where all their friends are, because the base is there?5

This may be a little confusing. You may have supposed that you paid the military to protect you from our country’s enemies. But Justice Sotomayor thinks you exist to protect the military from God’s Word.

In response, General Francisco pulls a Benedict Arnold. He whips out something called “heightened scrutiny” to satisfy Justice Sotomayor and, in the process, sells out the First Amendment and homosexuals:

GENERAL FRANCISCO: And, Your Honor, I think that is precisely a situation where the state would be able to satisfy heightened scrutiny because their interests in providing access to goods and services would be narrowly tailored.6

Translation: the State may trample on the First Amendment rights of Christians if no unbeliever in the same rural area performs the same occupation. Yes, according to the Legal Wizards, this is what our forefathers pledged their lives, fortunes, and sacred honor to secure—a balancing test that leaves everyone, except the Legal Wizards, in a state of total ignorance about the nature and extent of their rights.

Why do some people say “breathing space” but really mean “asphyxiation”? It must be a Constitutional Law thing, and we wouldn’t understand.