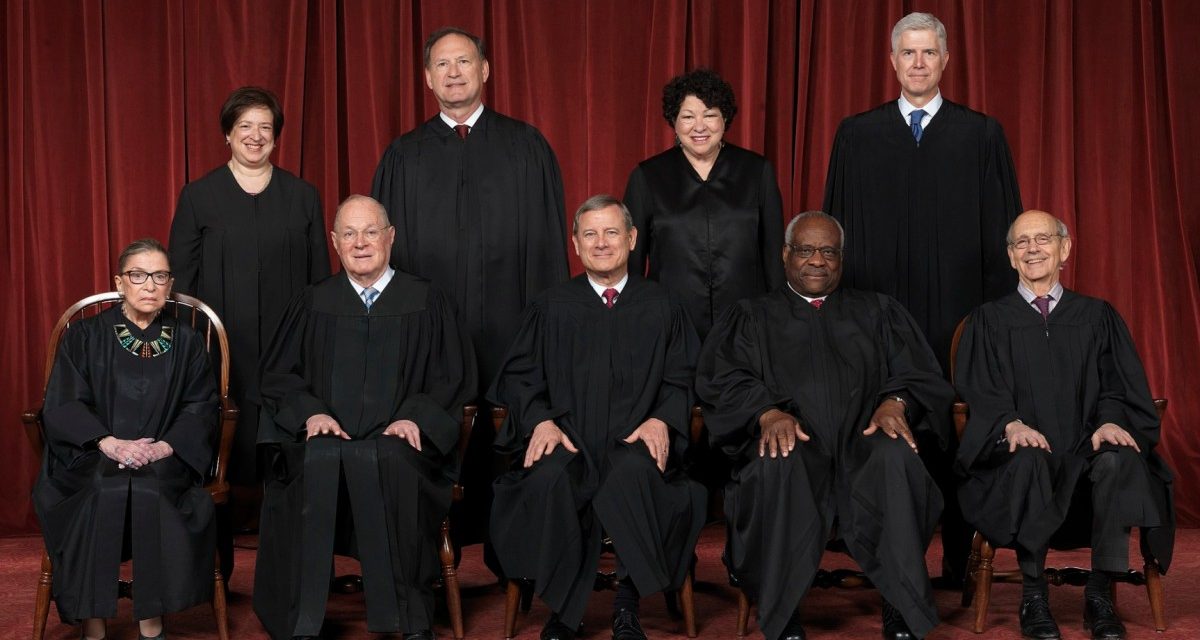 Can a Christian baker refuse to make a cake for a homosexual wedding?

The State of Colorado answers that question with an emphatic N-O. What will the U.S. Supreme Court say? TBD.

Here’s the story. In 2012, Jack Phillips, a Christian and owner of Masterpiece Cakeshop, declined to bake a cake for two homosexuals who came to his store. They asked him to design a cake to celebrate their “marriage,” which had already taken place in Massachusetts. (Colorado didn’t recognize homosexual mirage at the time.) Mr. Phillips is a Christian and didn’t want to support sodomitic marriage by making a wedding cake for the nuptials. Still, he offered to make and sell the couple any other baked goods.

But that wasn’t good enough. The homosexual couple hauled him before the Colorado Civil Rights Commission.

After an investigation and hearing, including a finding that Phillips had been a Christian for 35 years and believed in Jesus as his Lord and Savior, the Commission found Phillips in violation of Colorado’s civil rights code. He was ordered to change his cake-baking “policy,” provide his staff “comprehensive” training on Colorado civil rights law, document his remedial efforts in quarterly compliance reports for two years, and keep a list of anyone he denied service and the reasons for denial.[2]

In the meantime, another Christian in Colorado conducted an experiment. He asked three different Denver bakeries to bake a Bible-shaped cake with the following message: “Homosexuality is a detestable sin. Leviticus 18:2.” Each of the three bakeries refused. When the Christian hauled those bakeries before the same Civil Rights Commission, the Commission ruled in favor of the bakeries.[3]

Rather than make cakes for homosexual weddings, Phillips stopped making wedding cakes altogether. He estimates he’s suffered a resulting 40% drop in his business.[4] Phillips eventually lost his appeal in the Colorado Court of Appeals, and the Colorado Supreme Court refused to hear the case. The U.S. Supreme Court, however, decided to hear him out and conducted oral argument on December 5.

SCOTUS provides a transcript of its oral arguments,[5] including the one in Phillips’s case. Reading it is a surreal experience. You get a glimpse into the wild and wacky world of high-stakes constitutional litigation. Sure, you see some things you’d expect. Like judges grilling attorneys and showing how brilliant they (i.e., the judges, not the attorneys) are. And attorneys splitting atomic hairs under a verbal electron microscope. And oodles of citations to various U.S. Supreme Court precedent and arguments about which cases do or don’t apply.

But you still come away scratching your head. Why? 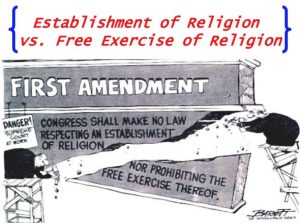 One reason is that this dispute is being publicized by several outlets as a landmark First Amendment case. Yet when you listen to the oral argument or read the transcript, you realize even a victory for Mr. Phillips will likely be extremely limited. “Pyrrhic” doesn’t begin to describe it. But how could that be? Here’s how: fundamentally, the bulk of the argument in favor of the Christian baker rests on Free Speech grounds, rather than on the Free Exercise of Religion.  The vast majority of the oral argument was about freedom of speech, not freedom of religion. In fact, the bulk of argument was really about the Freedom-Not-To-Speak-What-the-Government-Compels-You-To-Speak Clause. (This isn’t exactly anywhere in the Constitution because it would be superfluous and demeaning to a Free People, but that’s another story.)

That pulled the argument into a netherworld of hypotheticals, testing which occupations that provide services in a traditional wedding would be “free” to refuse service to a homosexual wedding. Wait a minute, you say, why does your religious freedom depend on what job you have? Good question. The answer is since this is a Free Speech argument, you have to be speaking (or refusing to speak) in a constitutionally recognized way to enjoy First Amendment protection.

Under the Rube Goldberg line of reasoning, if you Just Say No and refuse to provide service, you are NOT constitutionally speaking or refusing to speak a message. Thus, you are not entitled to First Amendment protection. Got that? You have to be doing something in addition to matching your conscience with your voice box. Something really, really special. Like being an artist. 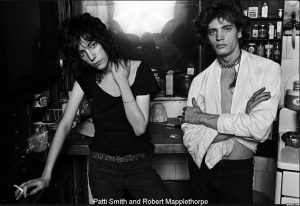 Or maybe something approximating an artist, like an artisan. And if you can plus yourself up with artist status, you may zip your lip and refuse to say what the government tells you to say. Then you have First Amendment Freedom of Speech rights. Make sense?

This artificial line of reasoning is based in part on Supreme Court precedent, so the attorneys are stuck in certain Supreme Court ruts created by past cases. Exploiting those ruts, a couple of Justices had a ball asking which occupations were speaking or refusing to speak a message and thus were entitled to First Amendment protection. Not that these Justices seemed interested in granting conscience protection. They only wanted to show how artificial, and thus meaningless, the distinctions were. And the ball-having Justices are absolutely right.[6]

So, for example, the Christian attorney told the Court a cake baker has a First Amendment right to refuse serving a homosexual wedding, but a chef lacks that same right. This tickled one Justice in particular, who said “woah” when she heard a baker could refuse, but a chef couldn’t.[7] The Christian attorney denied that a hairdresser, jeweler, make-up artist, or tailor had a right to refuse service to a homosexual wedding. The baker, however, can refuse to make a cake because he is an artisan and his artisanal creations have “expressive” content.

At such artificiality, the head spins. In SCOTUSville, if you say “N-O” to baking a cake on religious grounds, you’re not really speaking. You’re just being bigoted. You have to be an artiste, an artisan, or an artichoke, apparently, to have the right to refuse.

The real story buried in the Masterpiece Cakeshop oral argument is that the Free Exercise Clause is a dead letter.

[7] Id. The transcriptionist spelled the spoken command “woah” instead of “whoa” at this point.