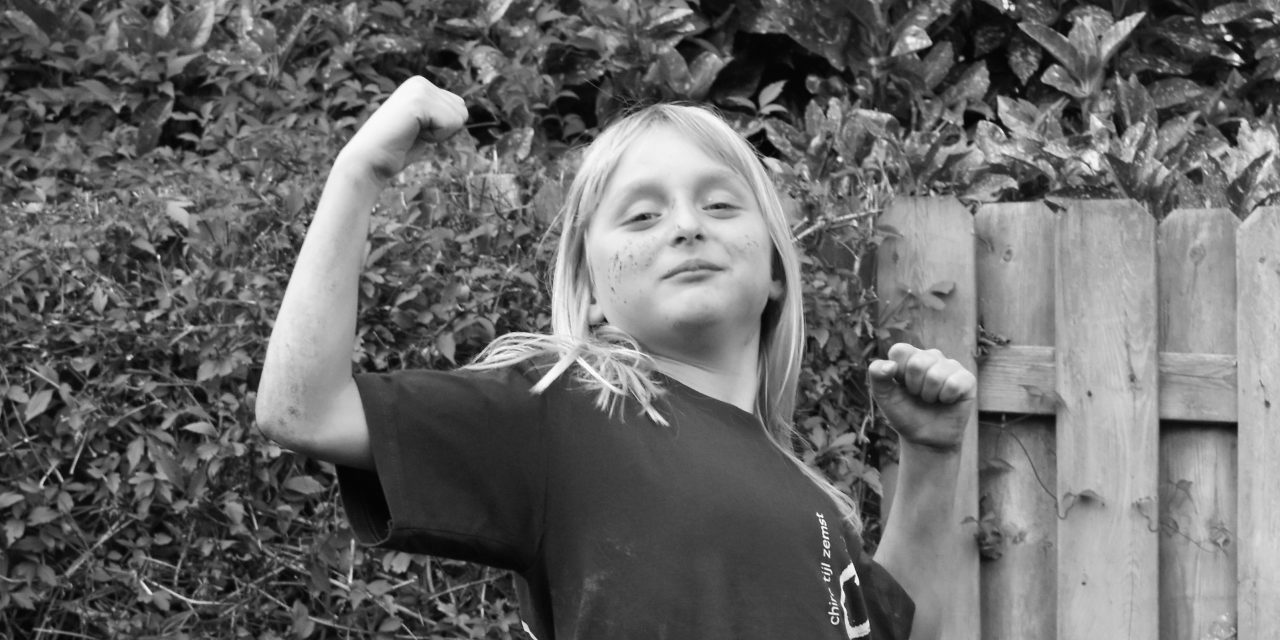 Shopping for kids clothes is hard, particularly for girls. If it isn’t skanky it’s loud, sparkly, and garish. And let’s talk about slogan tees. Slogan tees aren’t a new thing or relegated to just girls, but it seems that those made for girls are the worst.

The “girl power,” “princess,” and “girls rule” of my childhood are still around, but there’s also shirts that say, “the world belongs to *girl emojis*,” “I’m not #bossy I’m the #leader of my #squad,” and “fearless, forever hear me roar.” One simply-designed graphic tee I saw recently in a store said, “strong is the new beautiful” with a black and white picture of a girl flexing. For whatever reason that one has stayed with me.

It reminds me of all the articles about what mothers want to teach their daughters as they grow. These things range in bullet points from eight to eight hundred. They follow the same pattern: no one can tell you who to be and your body is beautiful, strong and yours. Oh, and often some variation of “be kind to others,” but take names when necessary.

Blog-o-moms are on a mission to inspire their daughters to grow up into strong, confident women who live their truth and follow their heart. Believe in yourself, break the mold and study science if you want! You don’t have to fit any culturally (or otherwise) defined model of who a woman is. Be vulnerable. Be tough. Do your thang, girlfriend.

Naturally that includes your body. We women (not just the girls) are over being told how we should look, what size we should wear, who’s allowed to touch us and how we’re supposed to feel about it all. So we tell our daughters, “You don’t belong to anyone, but you.” Wear what you want when you want. Don’t let that kind of guy mess around with you. Unless you want to of course. You do you.

My oldest daughter will be turning eight soon and like every mom I have spent time thinking about what I want her to become. Strength, self-confidence, and intelligence are definitely on my list, but not in the way these articles (and shirts) are pushing them.

Yes, I want my daughters to be comfortable in their own skin and confident in their abilities. Absolutely. I want them to study hard and make their bodies and spirits strong.

Most of these articles get some things right. A lot of them give good advice like, “Things will not be perfect.” And, “Don’t worry about your thighs.” They want girls to know that they have freedom to be their own person and that their body isn’t to be viewed and used as an object of pleasure against their will. Some of them even encourage that less skin is more. But some others also say, “Unless you want it that way (more skin exposed, casual sex, etc).” You do you.

Not all of them take on body issues, but most definitely all of them are selling the classic believe in yourself rhetoric for little girls. Follow your heart, chase your dreams! It may not be as cheesy as all that, (sometimes it is) but you can feel it mounting. With each line you feel the mom poised, ready to leap from her computer chair and belt out a Disney song.

Tell your story, live your truth! Don’t let anyone or anything define you! Including your gender.

Instead of pushing the ideology of girl superheroes, I want to teach my girls that they don’t need to look within themselves for their worth and purpose. I want them to know where they came from and who they belong to, that they’re a part of something much more grand and powerful than they could ever muster up on their own.

No, I’m not talking about the league of women. I’m talking about the Lord of the universe, Creator and Sustainer of all that is. My daughters belong first to him. They fit perfectly in the master-plan in all of history to accomplish God’s purpose in the Church. Not because they are something, (spoiler: they already know deep down that they aren’t, this is good) but because God is something.

On the flip-side of all those gurl-power articles, there are Christians who might say we don’t want strong, confident women. We want gentle, feminine women. But strength and confidence are not in conflict with femininity, and of course intelligence isn’t either.

That’s the thing. Women who have their identity firmly rooted in Christ don’t need worldly strength and self-esteem to be confident and successful. They know that their bodies don’t belong to a man, or even to themselves, but to the Lord. Our bodies are to be well cared for that we might use them in service of others. We protect our bodies not just from transgressions against us, but from transgressions against Him.

Giving our girls (and boys) a framework of humility when they look at themselves, others, and God gives them a lens of reality and truth. When we see ourselves as Scripture defines us—with deceitful hearts, incapable of any good apart from Christ, but with a God who redeems such sinners—we can know real freedom. Freedom to grow and be and do in a way that brings God honor and us real satisfaction.

Let’s teach our daughters they are His workmanship. Not their own. The thing doesn’t get glory for itself, but for the Creator. Attracting women (of any to age) to something other than this is selling people a humble brag. And that’s just not cool, girlfriend. 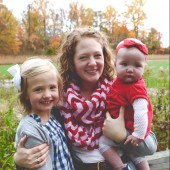