Hugh-ing out our own cisterns 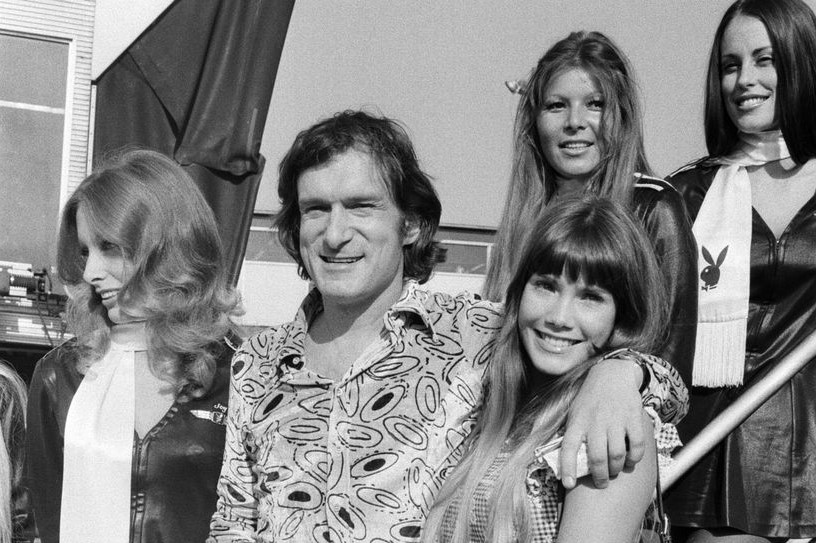 “They heal the brokenness of the daughter of My people superficially, Saying, ‘Peace, peace,’ But there is no peace.”

What would that look like—to heal brokenness “superficially?”

It would look like taking a Tylenol for your migraine when you’ve really developed a brain tumor. It would look like using essential oils (lavender, right?) to deal with that nagging feeling of impending doom that accompanies the pain in your chest instead of calling the ambulance. It would look like that time you were enslaved to a humiliating, degrading, marriage-destroying, soul-imperiling sin and someone told you just to get used to your justification.

Or maybe go watch a couple *ahem* implying they are being *ahem* intimate in a “life-changing” movie.

True story: a company devoted to helping men overcome the temptations of online pornography recently sent out an email urging them to…see a movie.

A potentially life-changing movie is showing at select theaters tonight. Maybe this movie is exactly what you’re looking for on your recovery journey.

Tonight, September 14, 2017, The Heart of Man* will be shown in select theaters nationally. It’s a story inviting the sons and daughters of God to leave the cave of defeat behind and see God differently. Once we begin to know who God is, we can experience true freedom. Freedom from performance. Freedom from managing our behavior so we appear acceptable to God. Freedom from our addictions, compulsive behaviors, secrecy, and double lives. This film offers an invitation to the banquet God is throwing all of us.

Get your tickets now to see The Heart of Man* and receive true hope for those struggling with sexual brokenness.

The asterisk leads the reader to this note at the bottom of the email:

As a note of caution, The Heart of Man film includes a 15-second scene of an unmarried couple in an implied moment of intimacy. In the scene, the woman’s bare back is shown from above the waist.

You can’t make this stuff up, folks!

This email lands in inboxes everywhere just as Hugh Freeze blind-sided his fans and is thus forced to resign (fired) for inappropriate conduct involving calls to escort services, Rick Pitino is “effectively fired” for arranging similar kinds of “compensation” to recruits, and, something else kind of related…what was it—oh yes, Hugh Hefner has also been quite effectively fired.

Help, Lord! For the godly man ceases in the land. Who will show us any good?

Everyone who looks at a woman with lust for her has already committed adultery with her in his heart. If your right eye makes you stumble, tear it out and throw it from you; for it is better for you to lose one of the parts of your body, than for your whole body to be thrown into hell. (Matthew 5:28-29).

And neither Jesus nor any of His prophets or disciples followed up their hard words with an attempt to recast our predicament as being the victims of a performance mentality.

This movie is from the same author that gave us The Shack. So then what kind of god is offering us this “freedom and victory” from every problem but sin?

I still hear Jerry Bridges shouting off the pages of his books “God does not call us to victory but to obedience.” I believe such warnings are for such a time as this. William Paul Young summons you to hear a god who does not exist—the god of the prosperity preachers who has now branched out from money to self-esteem.

Remember that the Israelites often made a terrible mistake, similar to the one many Christians will make while they visit LifeWay, CBD, Barnes & Noble, or the local theater with the Christian movie. As long as the statue was named “The god who brought us up from Egypt” they willingly worshiped it (Exodus 32:4; 1 Kings 12:28). Now someone uses a few biblical themes like ‘freedom’ and then writes a book or makes a movie and calls out to people “Behold your God!”

While Hugh Hefner continues to lure millions to their everlasting destruction a subset of evangelicalism is peddling a false god just as deadly as Peor. This god will deaden the pain long enough to help us feel free without any call to repent and bow the knee by faith to King Jesus.

Only the obedience of faith can heal. Only sermons, books, movies (!?!) that call us to Christ with the same clear call we find in all of Scripture with Scriptural urgency and proportion can heal our brokenness all the way. If you want peace deal with the King on His terms. Everything else is forsaking Him and hewing out broken cisterns that can never hold the water you need (Jeremiah 2:13).

Tags: I Feel Bad About Myself, Manhood, Womanhood