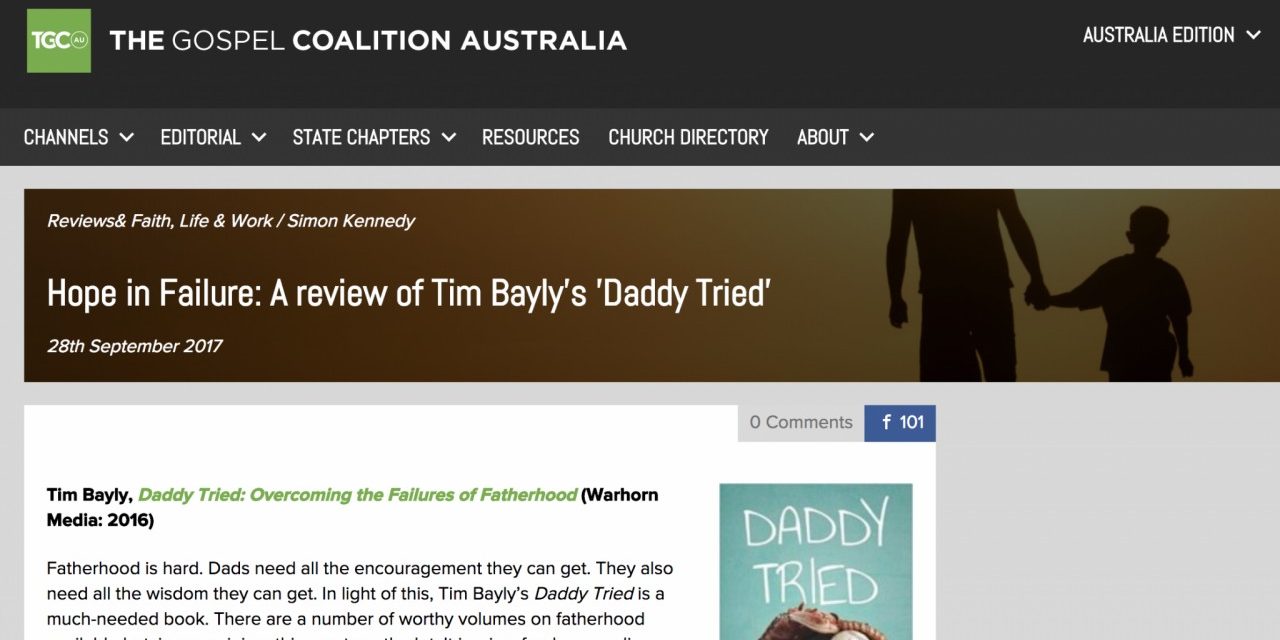 Simon Kennedy is a doctoral candidate in the history of political thought at the University of Queensland and a contributor to The Calvinist International. Kennedy just published a kind review of Daddy Tried titled Hope in Failure on Gospel Coalition’s website in Australia. I don’t know Mr. Kennedy, but he said the book is useful and that’s what I hoped and prayed for it.

Writers don’t want to blow our own horns, but you’re sort of forced to do so when legacy publishers tell you they won’t publish you because you opposed their gender-neutered Bible translation. No whining—just fact. Direct publishing ain’t glamorous, but hey, even legacy publishers require their authors to do all their marketing for them these days.

Anyhow, if you read Kennedy’s review, you will understand how thankful I am for this shout-out down under.

Would you please be so kind as to tweet Kennedy’s review or put it on your FB page?