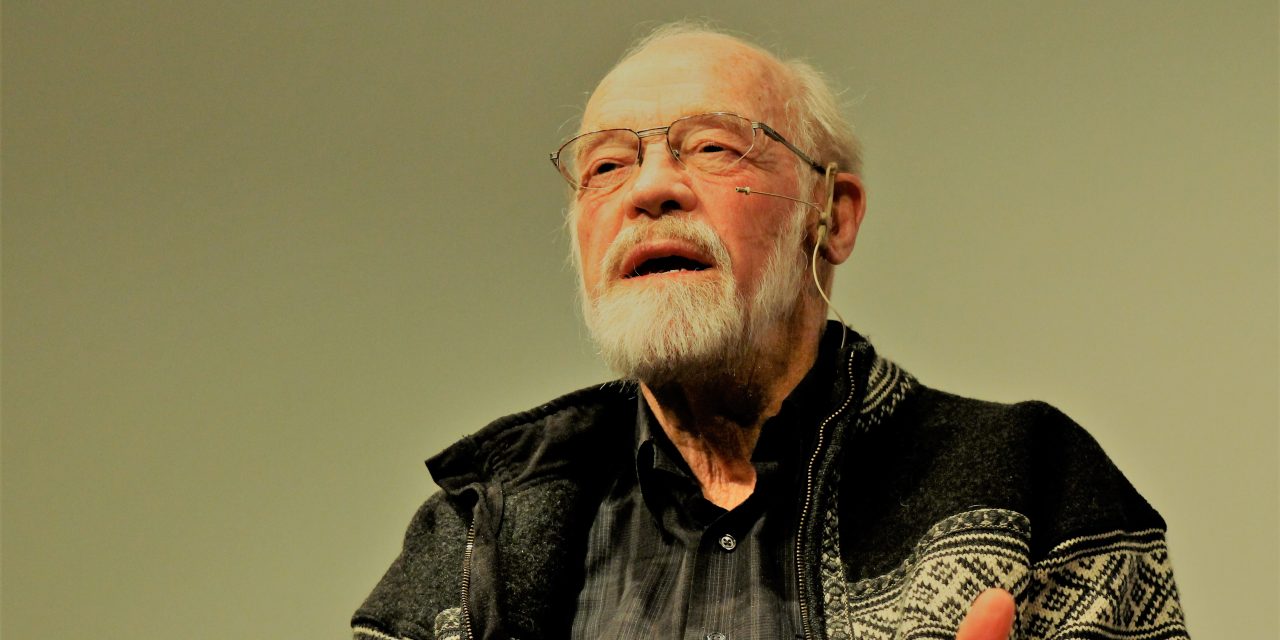 Humor me for a few hundred words. Remember back when, after a career as a pastor and in the midst of a career as an author, Eugene Peterson said he was put on the spot by an interviewer who asked a “gotcha” question: would you perform a same-sex wedding ceremony?

Caught off guard, he said “yes.”

A day later he said he regretted that answer and after prayer and consideration affirmed that marriage is for one man and one woman. In the meantime LifeWay had threatened to pull all of Peterson’s books from their shelves. When he retracted they kept on selling his work.

In addition to many books read by many pastors, Peterson also authored a paraphrase of the Bible. He went verse by verse through the entire Bible and gave us the “gist” of every phrase in God’s holy Word.

Having published The Message and now (I am not making this up) The Message Study Bible: Capturing the Notes and Reflections of Eugene H. Peterson, he remained undecided about one of the main hot-button issues of the decade dividing professing Christians.

Well, his credentials are in the PC(USA), after all, and have been for his entire ministry (from which he retired in 1991). And his penchant for looking the wrong direction was spotted by Doug Wilson a number of years ago. So this surprised no one. But he’s written books on ministry, a “bible” and then a study Bible filled with his notes on the Bible and that question caught him off guard?

Notice what he didn’t retract:

I wouldn’t have said this 20 years ago, but now I know a lot of people who are gay and lesbian and they seem to have as good a spiritual life as I do. I think that kind of debate about lesbians and gays might be over. People who disapprove of it, they’ll probably just go to another church. So we’re in a transition and I think it’s a transition for the best, for the good. I don’t think it’s something that you can parade, but it’s not a right or wrong thing as far as I’m concerned.

Only then did the interviewer ask about marriage. Peterson’s retraction was just to affirm that marriage is between one man and one woman and that he wouldn’t do the ceremony for a same-sex couple.

Having gone through the whole Bible, paraphrasing every passage, and then publishing all his notes and reflections on the whole Bible he still believes same-sex attraction, same-sex behavior, homo-everything is alright as long as he’s not pronouncing them man and, well…whatever.

In other words, all he retracted was the statement that he would actively participate in the hypothetical service. In the original interview he said it all clearly enough in many different ways so that we can sum up his views by this one phrase: “it’s not a right or wrong thing as far as I’m concerned.” He did not retract that statement.

All this happened months ago. You’ve kind of forgotten about it, haven’t you? Aren’t you wondering why you’ve wasted 3 minutes of your life reading old news?

We are too prone to forget and move on. Repentance and discernment requires memory and should change our behaviors—whether we write, sell, or buy those books.

Today a search of Peterson’s name at LifeWay will return 179 titles, many being related to The Message. Peterson’s take on “everything biblical” is still selling books despite the more than obvious fact that his definition of “biblical” depends entirely on his own paraphrase of the word of God.

How could you not get the message?