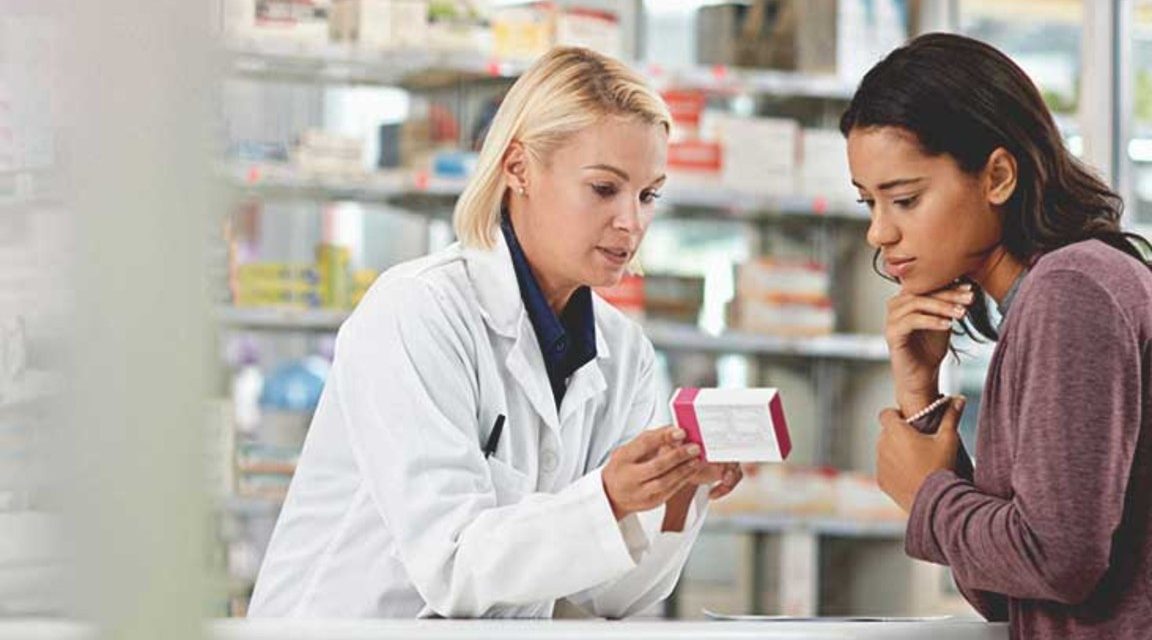 It’s much easier to picket the abortionist doing his grisly work down at the local Planned Parenthood abortuary than it is to picket the pharmacist doing her grisly work in the pharmacy of your local Kroger or Walmart. But if we care about the lives of the unborn—and mean by “unborn” every last child conceived in the womb of her mother by the hand of God—it’s hard to say why pro-life activists can regularly be seen doing sidewalk counselling outside Planned Parenthood, but not outside Kroger, CVS, and Walmart.

Sure, the images of late surgical abortions are powerful and those shuffling into Planned Parenthood on the murder day are unlikely to be there for any reason other than murder. It’s also certain that the quack doctor working at the abortuary on killing days is not doing any work other than murder-for-hire.

Meanwhile, at the local Kroger, CVS, and Walmart, not everyone is buying over-the-counter morning-after pills or picking up their birth control prescriptions.

Yet the pharmacists presiding over this bloody business know very well that hormonal birth control doesn’t just prevent babies from being conceived. It also kills babies who have already been conceived.

This has been known so long and repeated so often that I should not have to do it again here, but alas, some of my fellow pastors continue to deny that ECPs and most forms of birth control function also as abortifacients.

Yet the evidence for their causing abortions is unimpeachable. Most forms of birth control used by women have a partial agency of preventing a newly-conceived baby from attaching herself to the wall of her mother’s uterus.

A governmental agency affiliated with the National Institute of Health called the National Center for Biotechnology Information is matter-of-fact in their explanations:

Birth control methods are designed to …prevent or nullify implantation.

Such statements are found everywhere on informational websites explaining birth control, and none of these websites are pro-life.

For instance, KidsHealth.org says this about “Implantable Contraception: How Does It Work?”:

The progestin also thins the lining of the uterus so that if the egg is fertilized, it may be less likely to attach to the wall of the uterus.

The American College of Obstetricians and Gynecologists asks the question, “How do combined hormonal methods prevent pregnancy?” Their answer includes this clear statement:

The lining of the uterus thins, making it less likely that a fertilized egg can attach to it.

Princeton University’s Office of Population Research is the main advocacy organization promoting morning-after forms of “birth control” in North America. They make this statement about morning-after insertions of the IUD:

The Copper-T IUD …may also prevent implantation of a fertilized egg.

In June of 2017, Princeton’s Office of Population Research published a paper authored by three scholars, two of whom were in-house. The paper’s title shows the intensity of OPR’s advocacy of morning after chemicals and devices: “Emergency Contraception: A Last Chance To Prevent Unintended Pregnancy.”

Although they deny that any embryo is a living soul until implantation, by their definition, “pregnancy” doesn’t occur until the successful implantation of an embryo on the wall of the mother’s uterus. Still, they go on and on with their warnings that morning-after pills and technologies are just like other birth control chemicals and devices in having part of their effectiveness tied to changes to the wall of the mother’s uterus that makes it impossible for the embryo to attach himself there:

Some studies have shown histologic or biochemical alterations in the endometrium after treatment with the regimen, leading to the conclusion that combined ECPs may act by impairing endometrial receptivity to subsequent implantation of a fertilized egg.

…a regimen without a post-fertilization effect could not be 100% effective in typical populations, which will inevitably include some women who take it after fertilization has already occurred.

Implantation occurs 6-12 days following ovulation. Therefore, copper IUDs can be inserted up to 5 days after ovulation to prevent pregnancy.

…one [study] found that ulipristal acetate altered the endometrium, but whether this change would inhibit implantation is unknown.

ECPs (Emergency Contraceptive Pills) do not interrupt an established pregnancy, defined by medical authorities such as the United States Food and Drug Administration/National Institutes of Health and the American College of Obstetricians and Gynecologists as beginning with implantation. Therefore, ECPs are not abortifacient.

To make an informed choice, women must know that ECPs—like all regular hormonal contraceptives such as the birth control pill, the implant Implanon, the vaginal ring NuvaRing, the Evra patch, and the injectable Depo-Provera… may inhibit implantation of a fertilized egg in the endometrium.

Morning-after pills do not end a pregnancy that has implanted. Depending on where you are in your menstrual cycle, morning-after pills may act by …keeping a fertilized egg from implanting in the uterus. However, recent evidence strongly suggests that levonorgestrel doesn’t keep a fertilized egg from implanting. It’s not clear if the same is true for ella.

Mayo then turns to plainspeak, declaring that emergency contraceptive pills (ECP) differ from the abortion pill (RU-486) in that, after the little baby has successfully attached himself to the wall of his mother’s uterus, the abortion pill removes him:

Keep in mind that the morning-after pill isn’t the same as mifepristone (Mifeprex), also known as RU-486 or the abortion pill. This drug terminates an established pregnancy — one in which the fertilized egg has attached to the uterine wall and has already begun to develop.

There are three types of injection. DepoProvera and Sayana Press [and] Noristerat…

The main way they work is to stop your ovaries releasing an egg each month (ovulation). They also… make the lining of your uterus (womb) thinner so it’s less likely to accept a fertilised egg.

So why do pro-lifers avoid preaching against ECPs and other abortifacients sold as “contraceptives?” Why are pro-life activists always outside Planned Parenthood and never outside Kroger, CVS, and Walmart?

Why surgical, of course. First, there’s a nasty doctor who does it in a dark building with a grisly name on the outside: “Planned Parenthood.” Second, as I said earlier, most people going into Walmart aren’t contemplating murder, whereas most people going into Planned Parenthood on murder day most certainly are. Third, and this one’s the kicker, it’s your brother and sister in Christ—maybe even your mother, wife, or daughter—who’s using ECPs, IUDs, and hormonal birth control pills and patches, whereas they know better than to show up at Planned Parenthood.

The really difficult pro-life work isn’t outside Planned Parenthood. It’s inside the Christian home and church. The really difficult pro-life work is preaching and teaching and admonishing and exhorting and rebuking and warning—almost always out of season—those who use non-surgical forms of birth control that are known to work by preventing implantation or causing the womb to reject an implanted baby. These brothers and sisters in Christ are living in violation of God’s Sixth Commandment, “Thou shalt not murder.” Have you explained that to them?

If they respond that they didn’t know their method of birth control worked partially by preventing implantation, with love and kindness, explain to them that:

First, this information has long been out there and may be found by anyone doing a five-second search on the internet.

Second, that Christians don’t risk the deaths of anyone, but least of all their own children. The Bible warns us that the one who doesn’t provide for his own is worse than a pagan (1 Timothy 5:8)?

And third, that the Bible commands us again and again to be fruitful and multiply (Genesis 1:22; 1:27; 8:17; 9:1, 21; etc.). God makes husband and wife one because He is seeking a “godly offspring” (Malachi 2:15), so why are they seeking fruitlessness? Why are they trying to render their lovemaking sterile? Are children not a blessing from the Lord (Psalms 127)? Are the man and woman God has blessed with many children not “happy” as He has promised (Psalm 128)?

This conversation must be pursued with the greatest tact and gentleness, but pursued it must be if we are to see God reform our homes and churches in this matter of the murder of covenant children.

One last thing: until this work is done faithfully in the church and the people of God have abandoned the slaughter of their offspring on the altars of Molech, we can’t expect the Canaanites to give up their own child-sacrifice.

No, I’m not against picketing and sidewalk counselling outside Planned Parenthood’s abortuaries. I’ve done it many, many times. I’ve preached outside Bloomington’s PP abortuary. I’ve taken my young children with me so they would grow up knowing where the altars to Molech are in our community, and who sacrifices their children.

Yet the harder work is with pharmacists, physicians, fathers, and mothers inside the church.