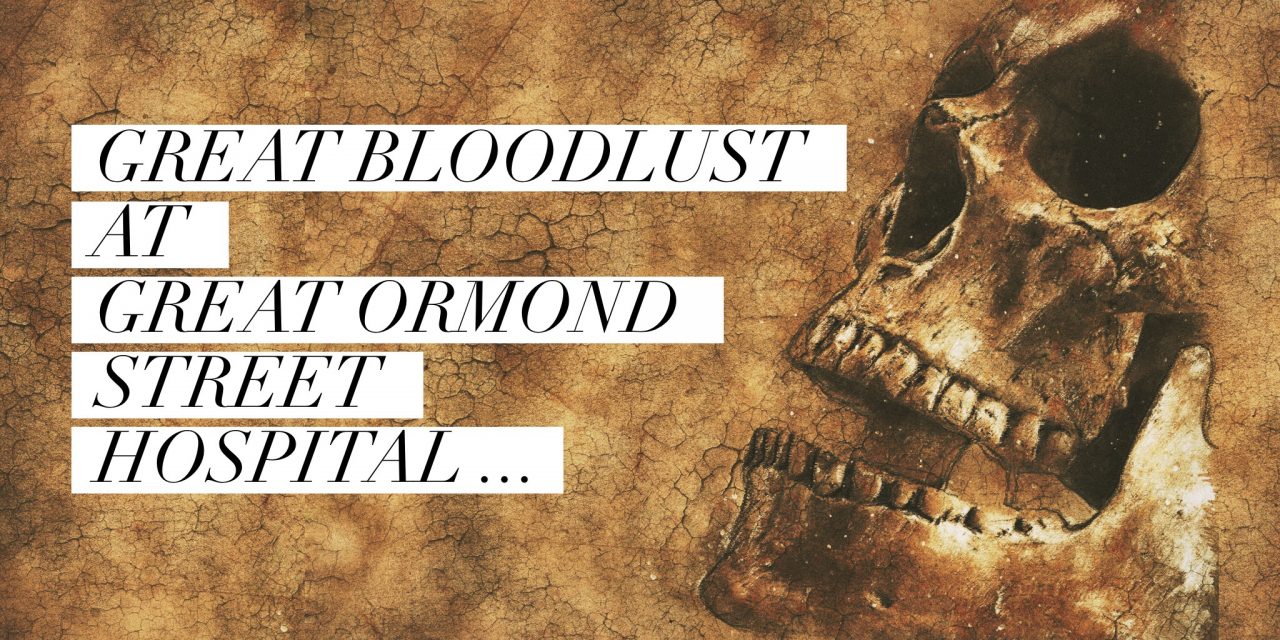 The Great Ormond Street Hospital has decided 11-month-old Charlie Gard must die. Not only is the hospital unwilling to treat Charlie, but they refuse to allow Charlie’s parents to take Charlie to another hospital that has offered to treat him—even though Charlie’s parents have offered to pay for the treatment themselves! You know, nationalized medicine and all that.

The bloodthirsty physicians on Great Ormond Street say they’re duty-bound to take Charlie off the ventilator so that he dies. This is their morality.

In a statement prepared for a court hearing earlier this month, the hospital’s doctors spoke:

Great Ormond Street Hospital  believes in its core that every patient is his or her own, unique and special person and that it owes a duty of care to each.

These ghouls have been bragging that everyone agrees with them—the whole hospital, all the judges, even the majestic European Court of Human Rights. Only Charlie’s stupid parents are opposed and everyone knows how stupid Charlie’s parents are. The hospital is particularly irked that Charlie’s parents think they have some sort of unique responsibility for their son.

Two things to learn from this.

First, don’t believe the lies of the godless. The hospital wants Charlie to die so his suffering ends, but Scripture says times of suffering are one of the most powerful things God uses to bring us to repentance and to sanctify those who belong to God. Suffering is not lost on adults or children. It produces the fruit God intends. God Himself is the One Who sends it:

Second, if you find yourself in a situation where all the people with credentials are treating you like an idiot, don’t be afraid of them. It may be true that you lack this or that degree, but if all you’re saying is that the innocent should not be put to death or that, actually, a boy isn’t a girl, you’re no fool. Much of what passes for education today is simply propaganda, and it leaves those who have spent years paying teachers and profs to hammer their heads with it blindly committed to a whole host of lies that only the educated could believe.

Remember the man born blind who, when confronted by Israel’s religious leaders with their terminal degrees, responded to their browbeating by shaming them:

Shame the wicked. Don’t be intimidated by their credentials. If your doc delicately proposes that you and your wife abort your unborn child because he may have some defect, stand up and scream bloody murder! That’s what he’s proposing! Respond in a way proportionate to the crime he is soliciting you to commit.

This is a petition you can sign urging the hospital to let Charlie’s parents take him elsewhere at their own expense for treatment. Despite the hospital’s protestations of how all their actions spring from their profound sense of right and wrong, they actually do care what people think of them. Help shame them here.

As this is posted, news accounts are that Charlie’s parents are giving up their fight. Pray for them. Pray also for the bloodthirsty ghouls on Great Ormond Street, that their cruelty and bloodlust will be exposed and they will be filled with shame and repent.

[This post was written by Daniel Meyer and Tim Bayly.]