The Grace of Shame: an excerpt… 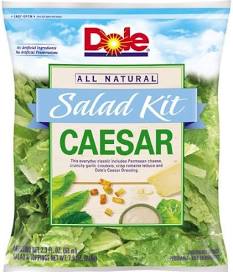 This is a short excerpt from the introduction to our next book, The Grace of Shame: 7 Errors that Keep the Church from Loving Homosexuals (and What To Do About Them). The book is set to be released the first week of September. Again, we’d be grateful for any gifts you may be able to give toward getting this book out and marketed. If you’re interested in this, please let Pastor Jacob Mentzel know.

Beloved, do not believe every spirit, but test the spirits to see whether they are from God, because many false prophets have gone out into the world. (1 John 4:1)

At the grocery store a couple nights ago, I was scanning my purchases and the computer kept calling for help. It wouldn’t allow me to continue until the woman overseeing the scanners came, keyed in her code, and hit some buttons. When she did, all was well for the moment, but when I continued scanning, it happened again.

The woman came back, did her thing again, and left, but then it happened again.

Finally, her supervisor came and looked at the screen. “Oh, you have a recall,” she said.

I was dense and asked, “What does ‘recall’ mean?”

“All the Dole bagged lettuce is recalled,” she responded.

At this point she reached into my cart and pulled out another bag of Dole lettuce. Then she picked up the three bags I’d already scanned and off she walked with all my Dole lettuce. But I needed salad, so leaving my purchased food in the cart next to the greeter, I went back to the produce section to get some other lettuce. There I stared at fifteen or twenty feet of wall display of lettuce I’d just taken my lettuce from a few minutes before! It was empty. There wasn’t a bag of Dole lettuce left in that Meijer.

When I got home, I read the news and learned that people were sick and one person had died from eating Dole lettuce contaminated by listeria. I had a couple bags of Dole lettuce in the refrigerator and I threw them out.

Sexuality is a lot more serious than lettuce contaminated by listeria. Yes, sex causes people to die from crimes of passion and disease. Sex leads to pregnancy and about a quarter of our nation’s pregnancies end with the murder of the unborn child. The sexual abuse of children causes boys and girls to suffer terrible emotional pain, often for the rest of their lives.

But what about our souls? How serious is it to stand before the judgment seat of God and what place will sexual sin have on that dread day?

Listen to this warning from Scripture and notice the repeated references to sensuality and sexual sin, including specifically the sexual depravity of the Sodomites:

But false prophets also arose among the people, just as there will also be false teachers among you, who will secretly introduce destructive heresies, even denying the Master who bought them, bringing swift destruction upon themselves. Many will follow their sensuality, and because of them the way of the truth will be maligned;

and in their greed they will exploit you with false words; their judgment from long ago is not idle, and their destruction is not asleep. For if God did not spare angels when they sinned, but cast them into hell and committed them to pits of darkness, reserved for judgment; and did not spare the ancient world, but preserved Noah, a preacher of righteousness, with seven others, when He brought a flood upon the world of the ungodly; and if He condemned the cities of Sodom and Gomorrah to destruction by reducing them to ashes, having made them an example to those who would live ungodly lives thereafter;

and if He rescued righteous Lot, oppressed by the sensual conduct of unprincipled men (for by what he saw and heard that righteous man, while living among them, felt his righteous soul tormented day after day by their lawless deeds), then the Lord knows how to rescue the godly from temptation, and to keep the unrighteous under punishment for the day of judgment,

and especially those who indulge the flesh in its corrupt desires and despise authority.

These are springs without water and mists driven by a storm, for whom the black darkness has been reserved. For speaking out arrogant words of vanity they entice by fleshly desires, by sensuality, those who barely escape from the ones who live in error, promising them freedom while they themselves are slaves of corruption; for by what a man is overcome, by this he is enslaved. For if, after they have escaped the defilements of the world by the knowledge of the Lord and Savior Jesus Christ, they are again entangled in them and are overcome, the last state has become worse for them than the first. For it would be better for them not to have known the way of righteousness, than having known it, to turn away from the holy commandment handed on to them. It has happened to them according to the true proverb, “a dog returns to its own vomit,” and, “A sow, after washing, returns to wallowing in the mire.”[1]

This lengthy part of 2 Peter is a helpful warning for us as we begin to examine the church’s errors concerning effeminacy and homosexuality today. We’re not safe just because we’re buying our lettuce with the brand name “Dole” stamped on bags neatly arranged on shelves in our local bright, clean Meijer store. Despite the brand name of the lettuce and the cleanliness of the store, we must be on guard.

It’s the same with the church and her leaders. We cannot simply accept what pastors and Bible scholars say. We have to examine their teaching, taking it to Scripture to see if they’re giving us the truth or twisting the truth to conform to the pattern of this evil world. Biblical teaching and preaching will never provide comfort or a good hiding place for sin—even (or especially) very popular sins.

When I was young, every church had a Bible study or Sunday school class called “the Bereans,” but in our soft and complacent day, we don’t like the spiritual gift of discernment. It’s so much easier to trust brand names and trademarks.

In fact, don’t do it with us and this book. You don’t know whether or not you can trust us, so examine our words in the perfect light of God’s words. See if we’re faithful to use His Words well. It would be nice not to have to exercise discernment.

But large doors hang on small hinges screwed into the door jamb with even smaller screws, and this doesn’t make the hinges or screws unimportant. Sure, those screws are few and small, but, without them things large and heavy crash down.

So now, let’s move on to examine very carefully the teaching of some of the most valuable brand names of conservative Christianity in America today. Specifically, we will be examining what they have to say about the sins of effeminacy and homosexual intercourse. As we do this work, we heed this warning from the Spirit of God:

Let not many of you become teachers, my brethren, knowing that as such we will incur a stricter judgment. For we all stumble in many ways. If anyone does not stumble in what he says, he is a perfect man, able to bridle the whole body as well.[3]