The World We Made, Episode 1 “Hitchhiking”

Tim rooms with a gay prostitute. Jake and Nathan watch a 1960s educational film about homosexuality. Tim learns some firsthand lessons about the dangers of hitchhiking.

Tags: Homosexuality, I Feel Bad About Myself, Podcast 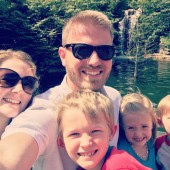 Pastor of Trinity Reformed Church since 1996, Tim and Mary Lee have five children and lots of grandchildren. Tim's books include "Daddy Tried," The Grace of Shame," "Church Reformed," "Elders Reformed," and a coming book on marriage. Tim spent ten years in the PC(USA) and twenty in the PCA. He's now a member of Evangel Presbytery.