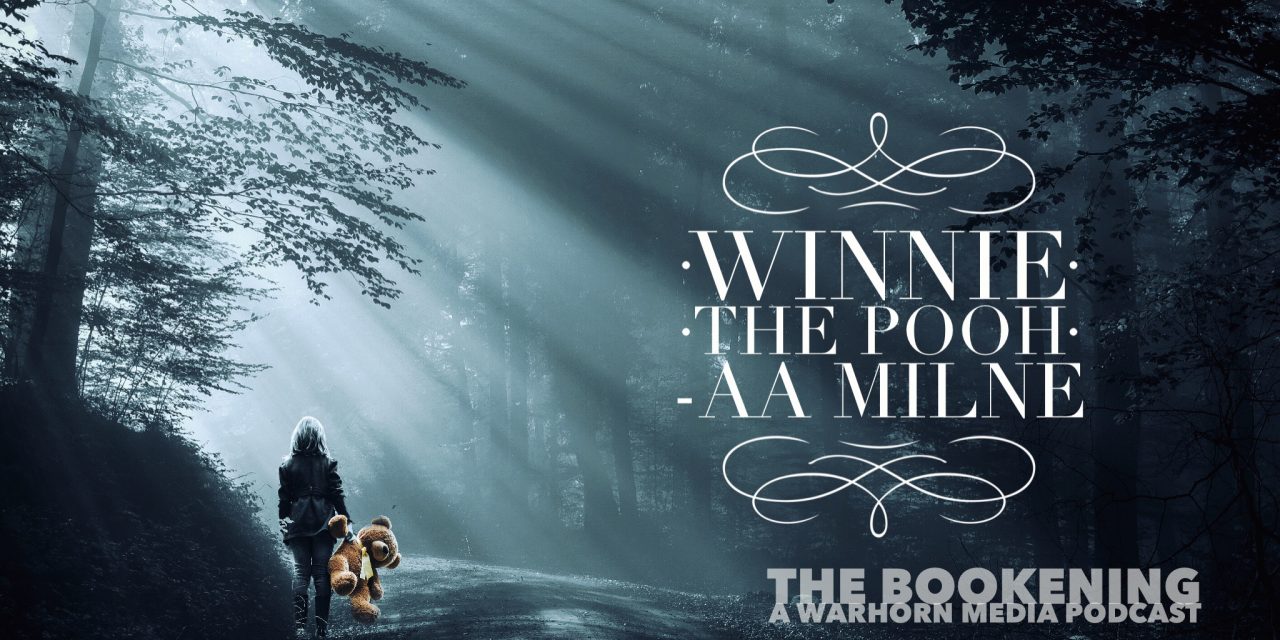 My father’s relationships were always between equals, however old or young, distinguished or undistinguished the other person. Once, when I was quite little, he came up to the nursery while I was having my lunch. And while he was talking I paused between mouthfuls, resting my hands on the table, knife and fork pointing upwards. “You oughtn’t really to sit like that,” he said, gently. “Why not?” I asked, surprised. “Well…” He hunted around for a reason he could give. Because it’s considered bad manners? Because you mustn’t? Because… “Well,” he said, looking in the direction my fork was pointing, “Suppose somebody suddenly fell through the ceiling. They might land on your fork and that would be very painful.”

-Christopher (Robin) Milne on his father

It’s another episode of The Bookening and this time our heroes are discussing Winnie the Pooh and The House of Pooh Corner. This proves to be a more delicate task than expected, as our heroes realize that while there are many things to admire and love about A. A. Milne and his creations, there are things to be wary of, too.

There’s something weird about these stories. Something sort of off. They’re not quite children’s stories. And the cumulative effect is a little different than just some silly stories a humble father made up for his kid. Plus, there’s the matter of Milne’s own history, and his relationship with his son Christopher, which wasn’t half as magical as the stories make it out to be.

Subscribe to The Bookening on iTunes, Android, or Stitcher.

Next time Boys of Blur by ND Wilson!