Pro-Life and Unashamed: Why and How to Live Out Loud 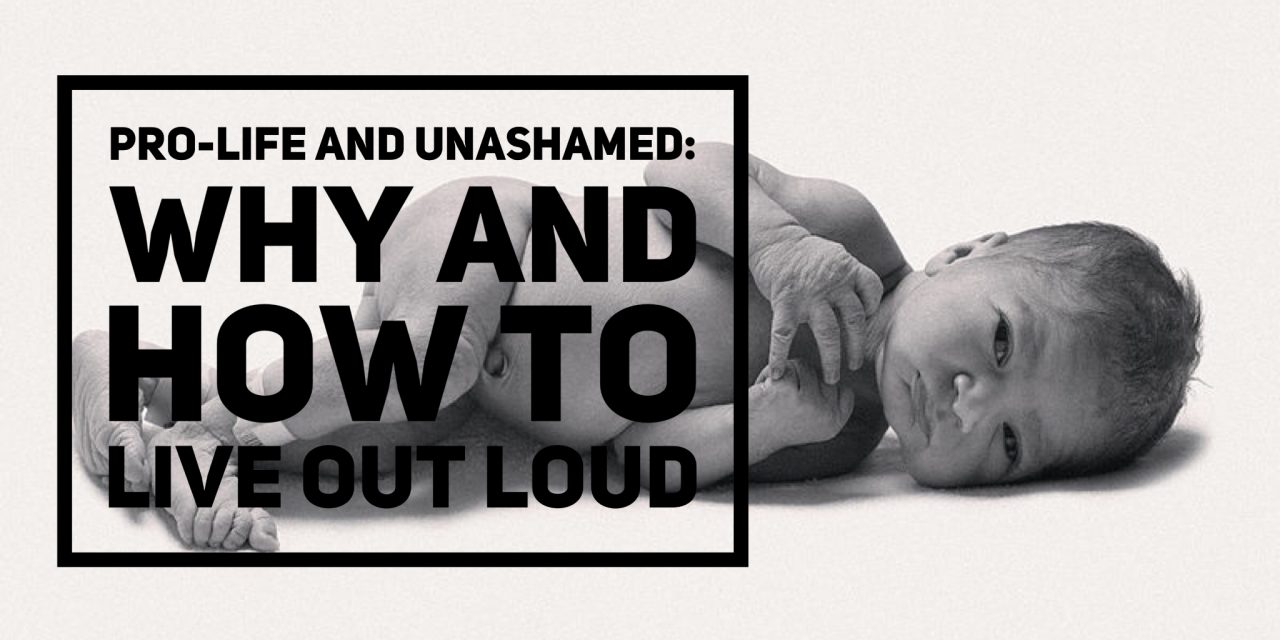 “Please,” I called out from the other side of the small parking lot. “Don’t go in there! I love babies—let me adopt yours!” But the woman didn’t stop. She walked into Planned Parenthood without looking back. And that’s how it usually goes.

But sometimes, just sometimes, the woman turns around. About twelve years ago, a pro-life woman from our church called out something similar to another young woman, and this young woman turned around. She made a choice not to abort her baby but allow him to be adopted by a childless couple in our church. When that family fell on hard times, they moved in with my family. When the mother needed help with childcare, guess who stepped in? Other pro-life families from my church.

And yet more and more I hear this accusation leveled at pro-life people like me: “You Don’t March for Life.” According to articles like that one, the pro-lifers aren’t truly pro-life. We don’t care about the life of a child. We care that a fetus gets born, and then we care no more.

As a Christian and a mother, this accusation pierces right to my heart. The accusations make me angry. Angry and sad. 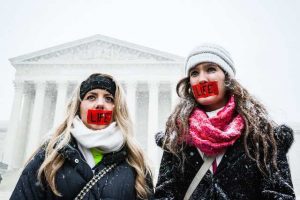 When it comes to being pro-life, I make no apologies. Yet in the last couple weeks I’ve done some soul-searching. I don’t cringe when I’m called anti-abortion. But you won’t see me posting much about public education, the immigration crisis, or universal healthcare. I didn’t protest Trump’s immigration order at any airport last week.

Does that mean I don’t care about the people these issues affect? I do care. But when I hear the sound-bytes from opposing sides on these sorts of political controversies, I suspect that the problems and solutions are much more complex than either side would like to admit. Can you relate?

But as much as I lack confidence choosing a position on immigration or our public school system, I am 100% certain about my position against abortion. And I know the solution. I know that abortion should be illegal, that we should do everything we can to stop it. As much as the other side would like to equate the Syrian refugee crisis with the plight of the unborn, there is no comparison.

As a mother, I know that there is nothing so vulnerable and full of potential as a baby. And there is no one who more deserves our protection.

And despite people calling “counterfeit!” on the pro-life movement, the most actively pro-life people I know are the same people taking in foster kids, working at crisis pregnancy centers, adopting, and caring for the underprivileged of every age. Take, for instance, the nurse at our church who volunteers providing free ultrasounds for women considering abortion. She has also fostered 10+ foster children, and adopted 4 of them.

These people aren’t just virtue-signaling. Their acts of love go hand-in-hand with a strong conviction against abortion and a heart of compassion for the marginalized in our society.

Why all the accusations then?

The accusations are a distraction tactic. The pro-life movement exists to oppose murder. At this point in history, no one can deny that abortion is murder. It takes the life of an innocent child.

And that’s why those in the “pro-choice” camp start the shell game to begin with. They know we are all guilty for this crime committed by American citizens against American babies. So they shame us for one reason: to shut us up.

Think about it this way: what happened in the 20th Century when Communist ideology began to take hold?

The goal was supposedly always the same: a classless society, where harmful distinctions were abolished. And yet what happened in country after country? Millions of people were starved and executed—sacrificed on the altar of ideology. As Stalin’s man Kaganovitch put it, “Why wail over broken eggs when we are trying to make an omelette!”

Americans have an ideology. It’s called feminism. The goal is a sexless society, where harmful distinctions are abolished. Above all else, women must be equal to men. Feminism is our religion, and abortion is the bloody sacrifice. It’s unfortunate, certainly, but if true “equality” requires mutilating, disposing of, or selling the body parts of thirty million future women, so be it. And just like Nazi Germany or Stalin’s Russia, it’s best to keep it out of sight.

So when someone starts yelling about all that blood, silence them. Distract them. Shame them.

Why wail over broken eggs?

Like the citizens of Hitler’s Germany, they fail to step outside of the insular American 21st-century mindset that assures us that we are enlightened, progressive, peace-loving, and democratic. And why should they examine themselves? The law is on their side. Sure, they might write a check to Planned Parenthood once a year or don a pink hat for a day or vote for the pro-abortion candidate, but there’s no personal risk involved. They’re just going with the flow.

And then they assume that we are just like them—just as indoctrinated, just as superstitious, just as shallow. They assume our care for the unborn never exceeds their care for Syrian refugees or their concern about Boko Haram. They think they have our number. 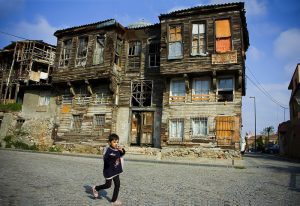 And that’s why they don’t get it. When they call us hypocrites who lack true compassion, they are only telling us what they are. They won’t lift a finger to help those in need. Well, okay, maybe they’ll lift a finger to tweet a hashtag or serve in a soup kitchen. Maybe a few of them will even give their lives to Africa or the public school system. But the one thing they won’t do is be saddled with caring for an unwanted child. Not when it’s so much cheaper and easier to kill them.

Their real problem isn’t that we are hypocrites. It’s that we have threatened the peace purchased by the blood of innocents. They react to us like we’re one of their own gone haywire, with sharp calls to get back in line.

If they can shame us by pointing out our inadequacies in caring for the poor, it will silence us. If we are convinced that we can’t take a stand against abortion until we have eliminated the need for abortions, or until we can provide food, clothes, medical care and a college education to every child born, then we will never stand against abortion. And they will have accomplished their goal.

So what can we do? What about me?

I’m a stay-at-home mom. Most of my waking hours are spent at home, caring for my children. I seldom protest. I’m not a foster parent. I don’t currently volunteer at any public school or soup kitchen or ESL program. How can I, in this stage of life, be comprehensively pro-life? Here are eight ways: 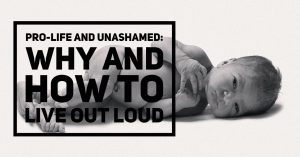 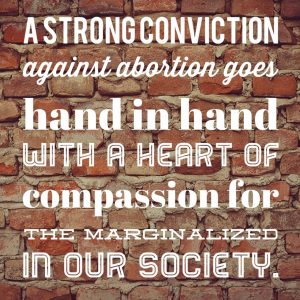