Scientists to Trump: Don’t Make Us Count to Twelve 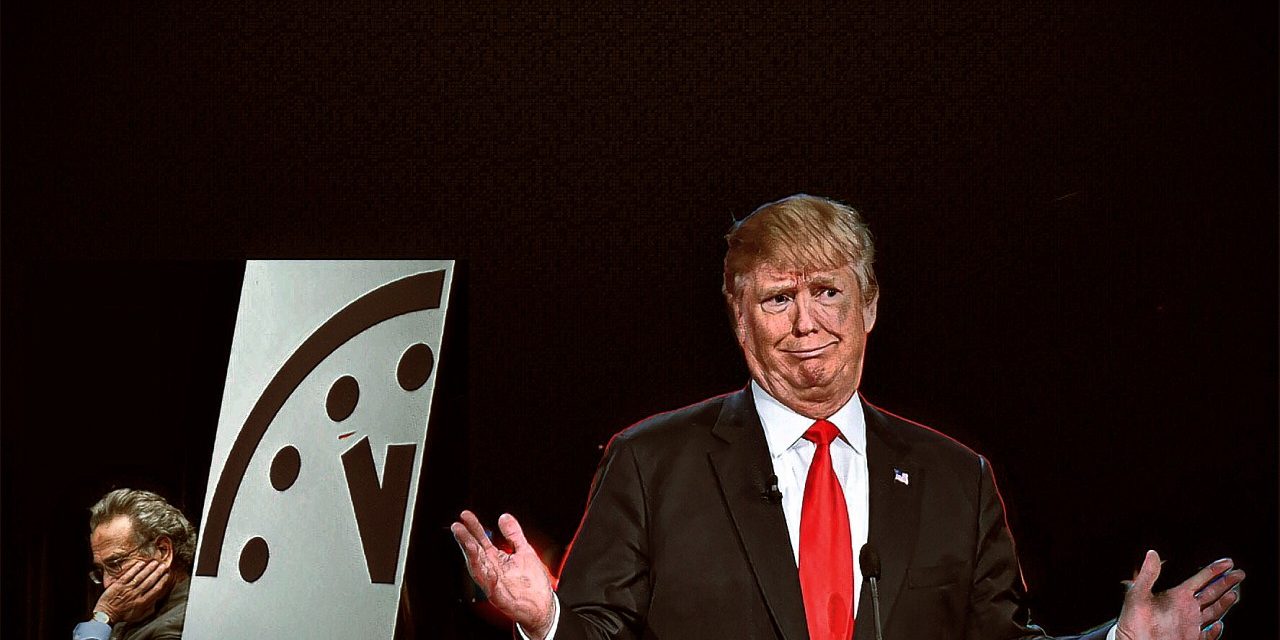 Scientists are all in a tizzy about the lack of accessibility they have to the new administration under President Trump. The possibility that they have been corrupted by politics recently doesn’t seem to have occurred to them.

Now, in an attempt to make the new administration and Trump’s supporters listen, they’ve resorted to a tried and true technique—counting to twelve. Parents around the country are familiar with a similar (albeit shorter) method of trying to make their kids to listen—counting to three. Both strategies depend on threatening some terrible consequence if the non-listener doesn’t listen, followed by a number that will be counted to before said consequence come to pass. Any number will do. Parents who attempt this method normally count to two straight-away, and then begin to hesitate, looking to see whether the child is exhibiting any signs of listening. Seeing no change, they count to two and a half and then abandon the plan, turning to wheedling, cajoling, or further threatening.

Presumably scientists, being such an observant class of people, noticed that this method was not terribly effective, but determined that they could salvage it by upping the ante. Threatening to not stop on the way home to get the petulant child a Frosty clearly did not provide the necessary motivation. Likewise, counting to three simply did not give sufficient time for consideration followed by change of behavior. Skipping right over six, they determined that twelve was the number to count to. Nor was any consequence deemed an adequate threat, except the complete destruction of the entire world. They call this count the “Doomsday Clock.” As you can see, this is not a joke.

So it is that “the scientists” have for several decades now been holding the end of the world over everybody who doesn’t take them seriously enough. Like parents around the country, it is no doubt true that these scientists have good intentions. Yet it never seems to occur to either group that everybody knows they don’t have what it takes to make good on their threat. If they did, they would be doing, not counting.

So when I read this morning that scientists had made it to 11.9583333333 in their count to 12, I laughed out loud. I laughed though their concerns are nuclear proliferation and global warming. I laughed though I believe nuclear weapons to be immoral and take them quite seriously. And I would have laughed even if I thought global warming was a good deal more serious than I do.

Our poor scientists are confused. Science answers the question “What can we do?” Religion answers the question, “What should we do?” Politics is our attempt to put those two things together into action. Yet today, having determined that morality is relative, we’ve banned religion from the political sphere. This leaves scientists the only authorities speaking truth into the political realm. Once that happened it is understandable that they began to feel the burden to provide moral guidance as well.

The truth is that there is a doomsday clock running for this world. God is the one who set it, and we are commanded to be prepared for that day by bowing the knee before Jesus, our God and Savior. And unlike the scientists and moms and dads around this nation, God is not only able to carry out His threat, He’s also willing. In fact, He’s done it before with water. Next time He’ll do it with fire.

No amount of counting or “I’m serious” faces by our scientists can ever compare with falling under God’s wrath. Unless we repent of our pursuit of money through the oppression of the weak and fatherless, murder of the innocent through abortion and unjust war, and turn to God the Father for forgiveness, nuclear proliferation and global warming will be the least of our concerns.