How to talk about the Election on Social Media, and not Be a Jerkface 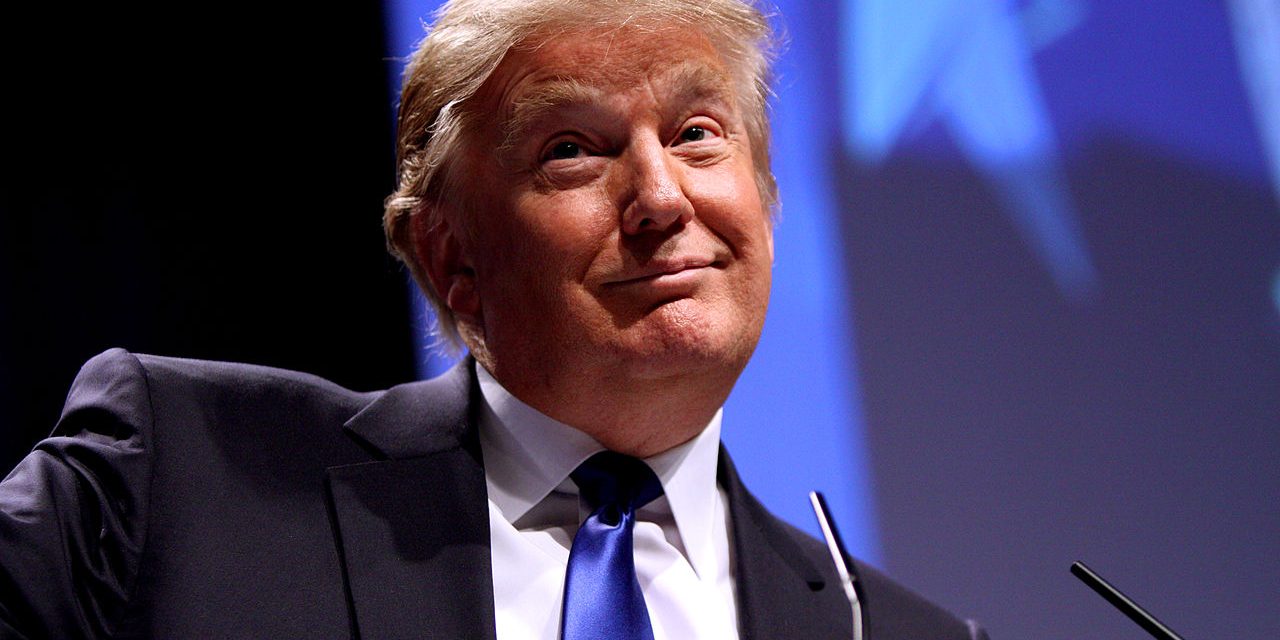 The Election Is Over … But We’re Still Talking About It

If you’re cool like me (and I pray that you are), you probably didn’t come out of the closet this election season as pro either one of the big two candidates. To unabashedly (or even abashedly) support the one was to risk being perceived as this: 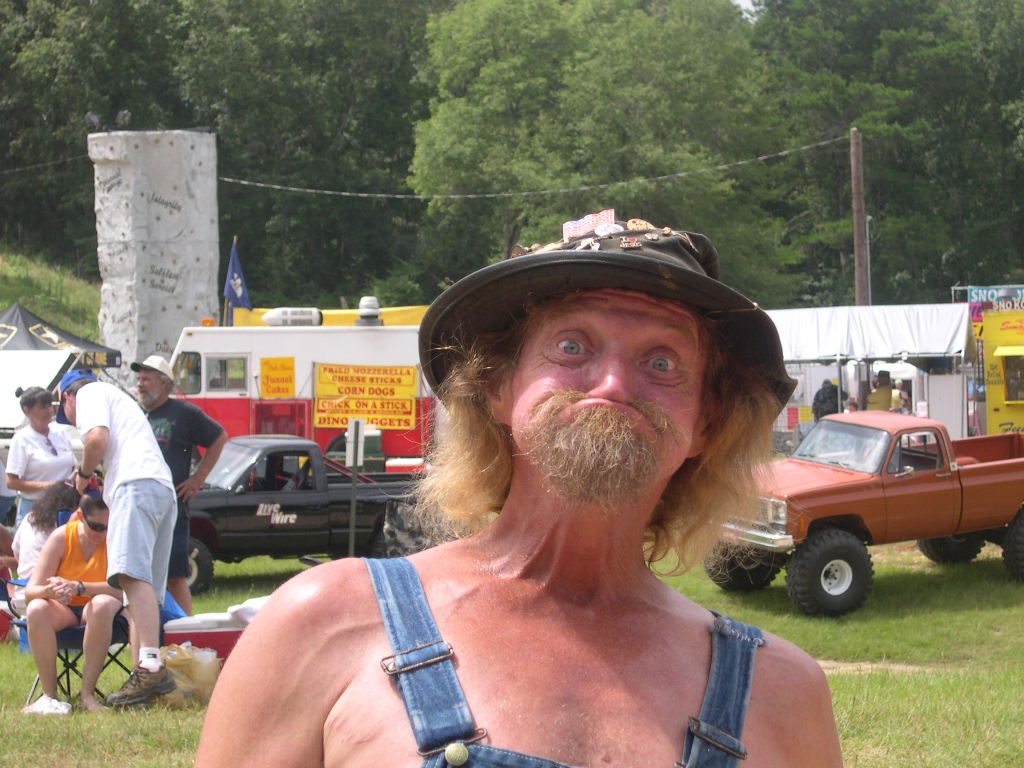 and to support the other was to risk being perceived as this: 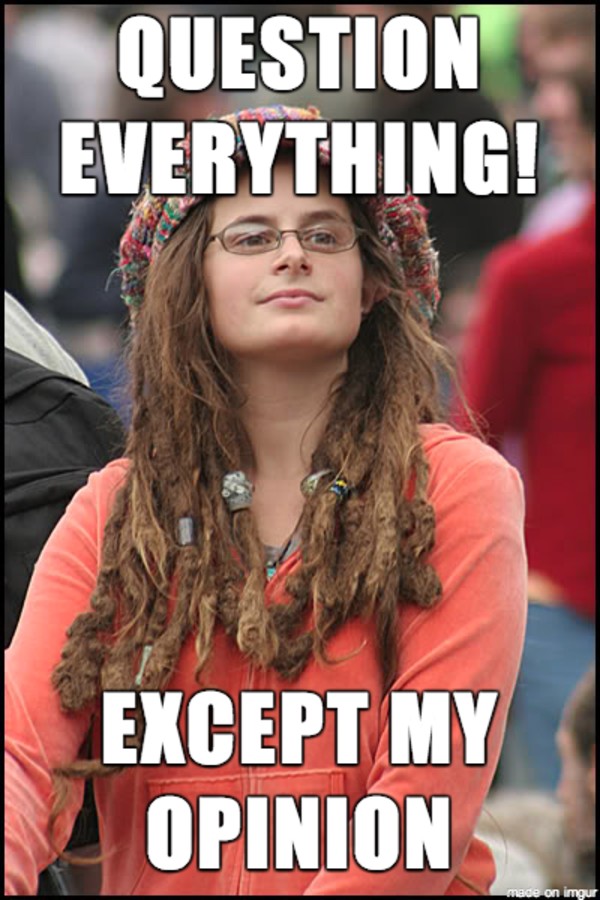 You still had your obligations on social media, however, so you had to take some sort of a side, or at least adopt a point of view. (We won’t get into an argument here about which social media channels are still relevant and why or why not—we’ll just assume if you’re reading this you socialize somewhere on the internet, be it Facebook or 4Chan or Twitter or Reddit or Quora or BizSugar.) Whatever grouches and neo-Luddites may say, a social media post does still require some sort of thought (however nebulous) or point of view (however tenuous).

The Three Types of Election Responses

So you needed a thought or point of view about the election. What to do? You had basically three options. You could be an idealist, a nihilist, or an irenicist.

An idealist can be roughly defined as a man who, having become acquainted with the facts, decides to pursue the relationship no further. Because, you know, if we can just…get…enough…people…to take off their blinders, then maybe Gary Johnson has a chance. Or Darrell Castle. 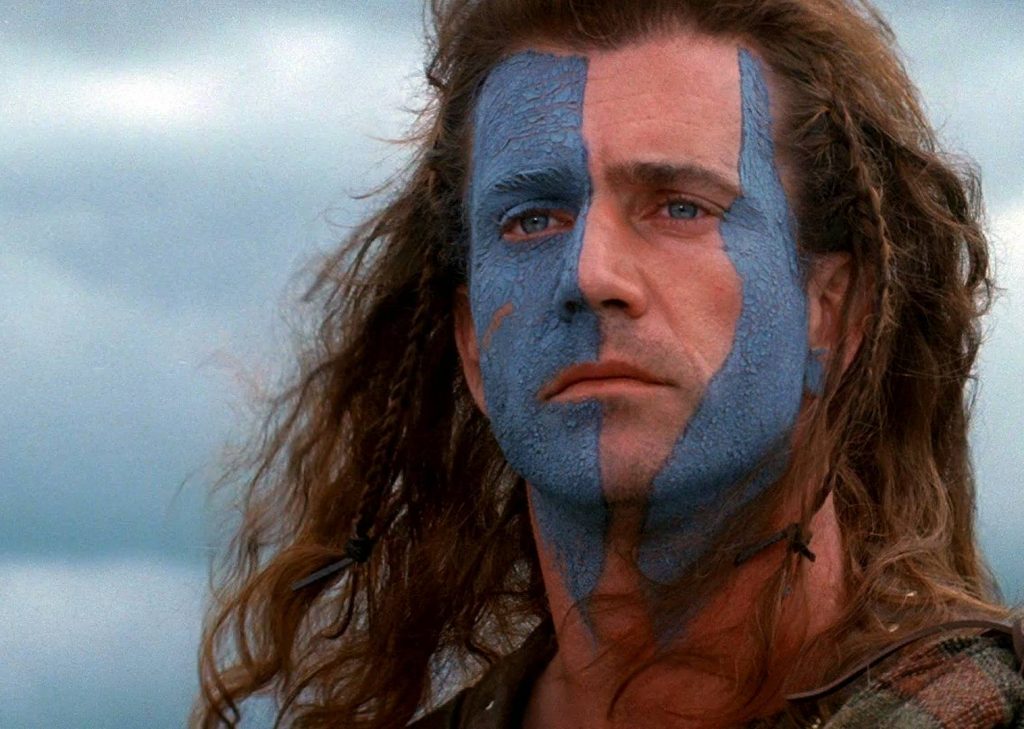 Some idealists are starry-eyed enough to actually believe in such all-American miracles. Others know they don’t have a prayer of a hope of a chance, but believe it’s their sacred duty to stand Mel-Gibson-like and await their punishment. Or maybe Martin-Luther-like. Here I stand, I can do no other.

A nihilist is somebody who doesn’t care one way or another. The country was wrecked beyond all repair when Obama took office, or when FDR got his New Deal, or when Lincoln won his Civil War. No use trying to fix it now. Of course, nihilists aren’t all conservatives. Some of them are leftists and some of them are anarchists.

“This country was bought and sold and paid for a long time ago,” said George Carlin, the leftist atheist comedian. “The [stuff] they shuffle around every four years doesn’t mean a thing.”

My favorite voting-is-meaningless anecdote is courtesy of JFK, who once read a (hopefully pretend) telegram from his father Joe: “Jack, don’t buy a single vote more than necessary. I’ll be damned if I’m going to pay for a landslide.”

So you’ve got your idealists with their false hope, your nihilists with their (false?) despair, and then you have your irenicists, trying to bring everybody together. These are the people saying “no matter who you vote for, just get out there and exercise your patriotic duty. And be nice to each other. We can disagree and still be nice.” Or, in Reformed Christian circles, “no matter who gets elected, God is still sovereign.”

No doubt much of this is well meant and sincerely felt, but I have to admit it often irritates me more than any of the rest. One reason for this is that I am a jerkface. And it’s hard for me not to assume that at least some of that sort of talk is people posturing themselves as humble and charitable and obedient to the will of God Almighty, so they can look better than all the proud, uncharitable, disobedient people who actually have the courage of their convictions. 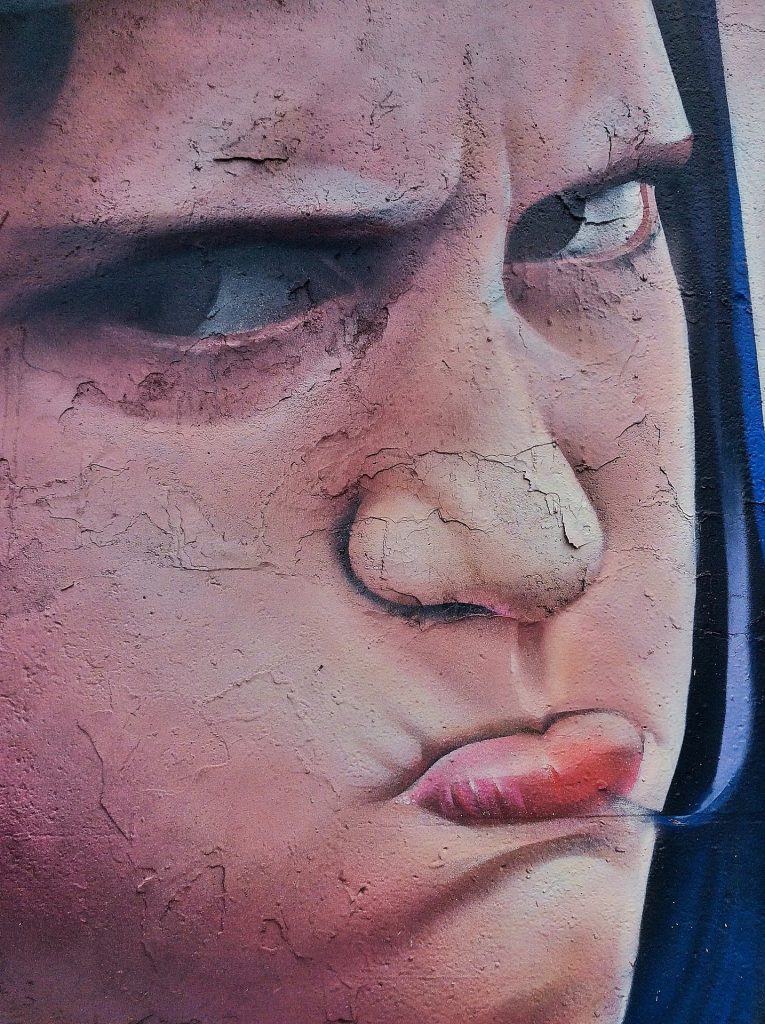 Today, it’s the easiest thing in the world to have the courage of your lack of convictions. It’s also the easiest thing in the world to take a stand for something, and go too far, or not go far enough—in short, to take a stand and look like a moron doing it. The irenicists rarely have the manliness to risk that sort of shame and exposure. So they stand to one side and lob tomatoes at anybody with the temerity to claim any sort of moral high ground. But an argument doesn’t end when we knock everybody off the moral high ground. It ends when we let the right people up onto it.

The irenicists’ unwillingness to let anybody do that comes down, more often than not, to their own fear of failure. They don’t want to try. So they don’t want anybody else to try. So anytime anybody tries, they knock him down. But they do it by saying “aw, c’mon, now fellas, let’s just all play nice.” Or the Reformed Christian version of “everybody play nice” which is “everybody concentrate on the sovereignty of God until we’ve forgotten what it is we’re supposed to do to obey Him.”

Zen and the Sovereignty of God

Let me reiterate that I’m sure hundreds of honest humble sincere wonderful Christian persons posted things such as “remember God is sovereign” in the hours leading up to Trump’s election. I’m talking about the ones who weren’t honest, humble, sincere, and wonderful. You know who you are. 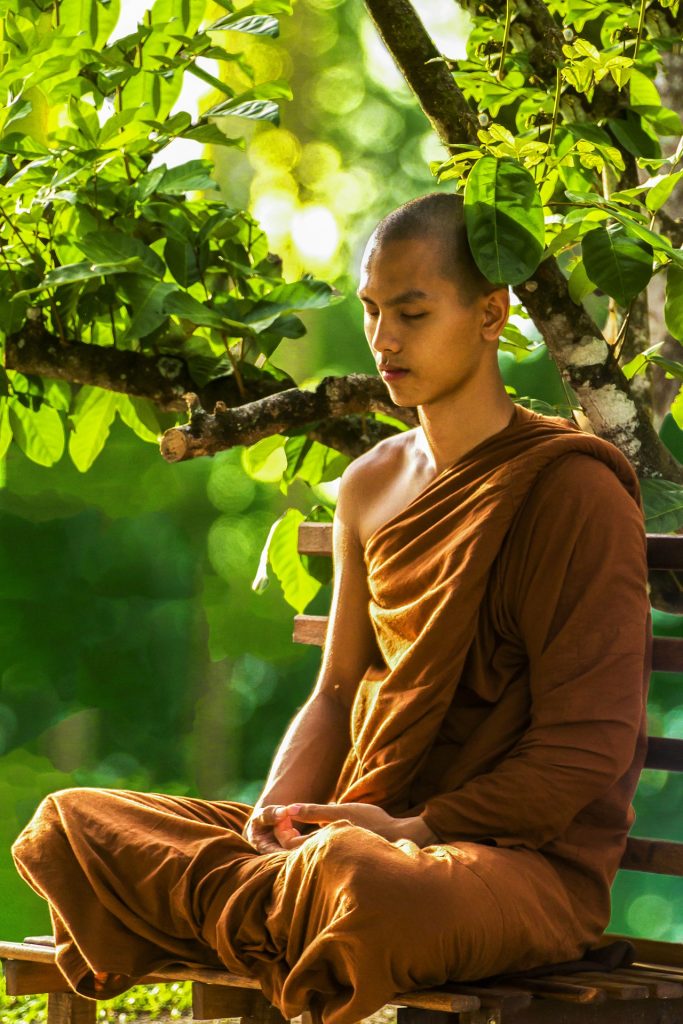 I’m on board with that in the sense that scripture tells us to “be anxious for nothing.” But on the other hand, when Jonah told the Ninevites that God is sovereign, their response was to mourn and repent and fast and dress in sackcloth. God’s sovereignty is not a mantra to help us chillax and meditate. Sometimes it should send us screaming to the hills.

No, I’m not advocating mass hysteria. Nor am I advocating we should not trust in God’s goodness and His promises. But we can’t use God’s sovereignty as a salve to numb the pain of what God clearly intended to be a very painful election. Our nation has things to mourn. We have things to repent of. There’s pain that we should be feeling. There’s things we should be afraid of, things that should drive us to a greater fear of the Living and Holy God. We should turn to Him for comfort, yes. But not cheap comfort.

So anyway. The election is over. Donald Trump is President-Elect Trump. Everybody’s still talking. What’s a cool Christian guy or gal like yourself supposed to do on social media?

I’m talking specifically about social media, by the way, because, for me at least, that’s where much of the real conversation happens. Everybody at work knows better than to talk about these things. When I’m with my friends, we all either basically agree, or know which areas are too tender to be poked. But on Facebook and Twitter and Instagram and all the rest, everybody’s talking, everybody’s posturing, and everybody’s colliding.

So What Do You Do?

So what do you do?

Well, you can’t honestly be a fan of either President-Elect Trump or President-Not-Elect Clinton. Not based on the facts as we know them. He said all that stuff about groping, and that wasn’t just locker room talk. That’s who he is and always has been. And she supports letting babies get half-way out of the womb and then stabbing them to death. That’s a black spot on anybody’s resume.

So you’re left being an idealist, a nihilist, or an irenicist. 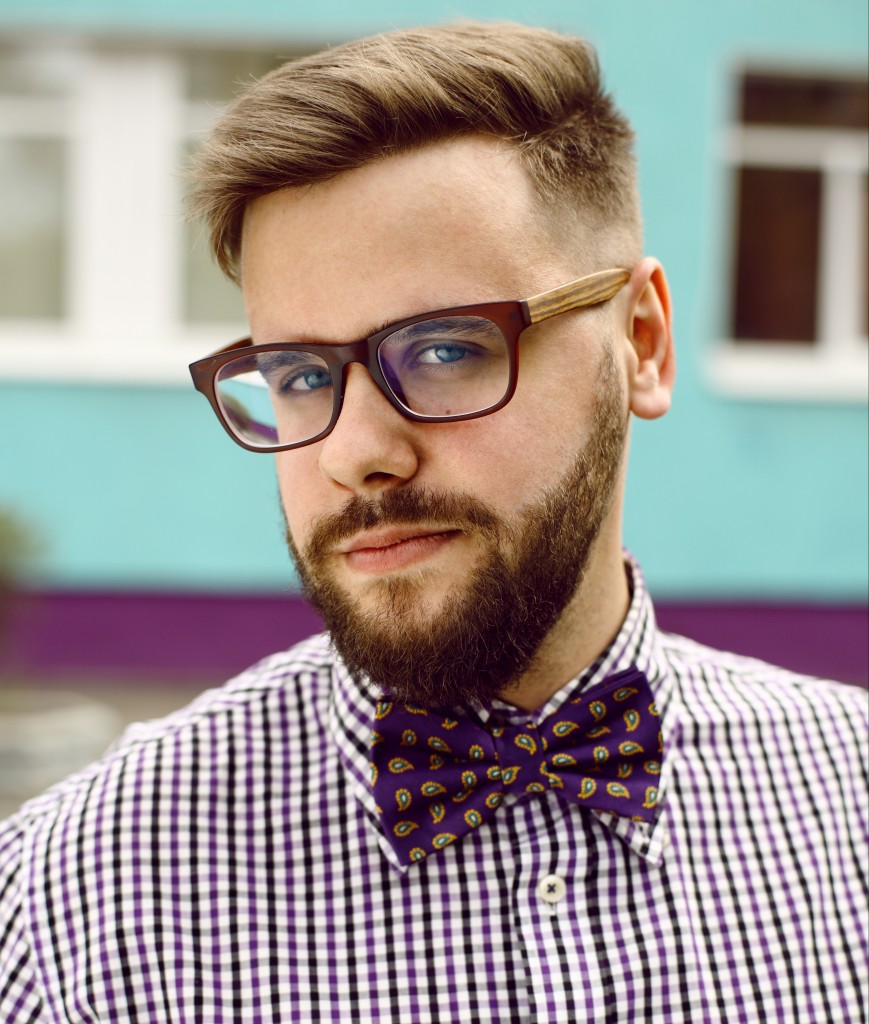 Don’t be that guy who doesn’t believe in anything.

I’ve spent this article painting all three positions poorly. But here’s the terrible truth: you’ll probably find yourself being one, or two, or all three of them at any given moment, depending on who you’re talking to, about what, and why. There are times to put faith in something, even something you know is going to fall short. There are times to step back and see how broken and corrupt the system, and the men and women running it, really are. There are times to remind people of the simple, humble truths, and tell them to fix their eyes on God.

And, finally, there are three things we can all do to smooth the whole process of interacting with each other about these sorts of issues, be it on social media, or IRL.

1. Do have real convictions. You don’t want to be that guy who doesn’t believe in anything. That guy really does believe in something, and it’s his own self-gratification. He’s just too much of a narcissist to do the work of loving other people by taking an interest in humanity and what happens to it. Don’t be that guy. Don’t lob tomatoes from the sidelines.

2. Read Romans 13. Read it right now. The Bible says precious little about what type of governments we should have or why. It says an awful lot about respecting and submitting to those who rule over us. So do it. Pay your taxes, stop at traffic lights, render unto Caesar what is Caesar’s. Don’t put a picture of President Obama on the back of your truck with a bumper sticker that says “Does this ass make my truck look big?” It’s not funny.

President Obama may be a wicked man. President Trump may be the same. But they are the fathers of our country. They bear the sword for our protection and to help us be godly by making us afraid to be wicked. These are good things that God gave us. Insofar as these men are wicked, that doesn’t mean that we roll over and acquiescence, but let’s do our rebelling, if that’s the word, with humility and respect. And let’s remember that…

3. Snark is cheap. Look, I like a good joke as much as the next guy. Arguably more than many next guys. I like bon mots, and quips, and ripostes. That’s part of the fun of, say, Twitter, when it’s done properly. But in the golden age wit (let’s say roughly from Chesterton to Churchill, with Dorothy Parker and Robert Benchley and all those guys thrown in), people had some processing time. 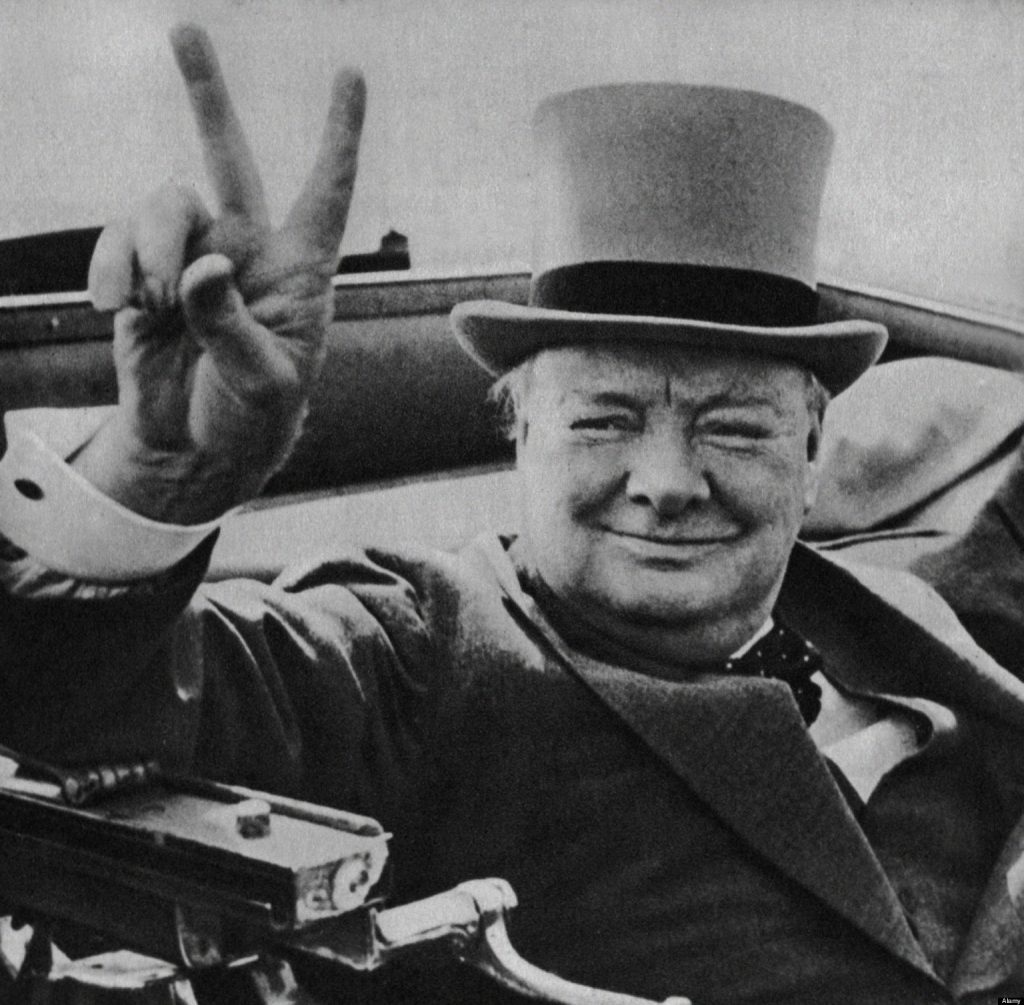 I guarantee you that Winston Churchill didn’t just come up with things like “he is a modest man with much to be modest about” on the spur of the moment. If Churchill had had a Twitter account, he wouldn’t have posted gems like that every day. Wit takes time. You have to let events and people and ideas sort of jostle around in your brain, like clothes in the laundry, until you find a real point of view, and then the words to encase it in.

Tags: I Feel Bad About Myself, Pastoral care