As for a rogue, his weapons are evil 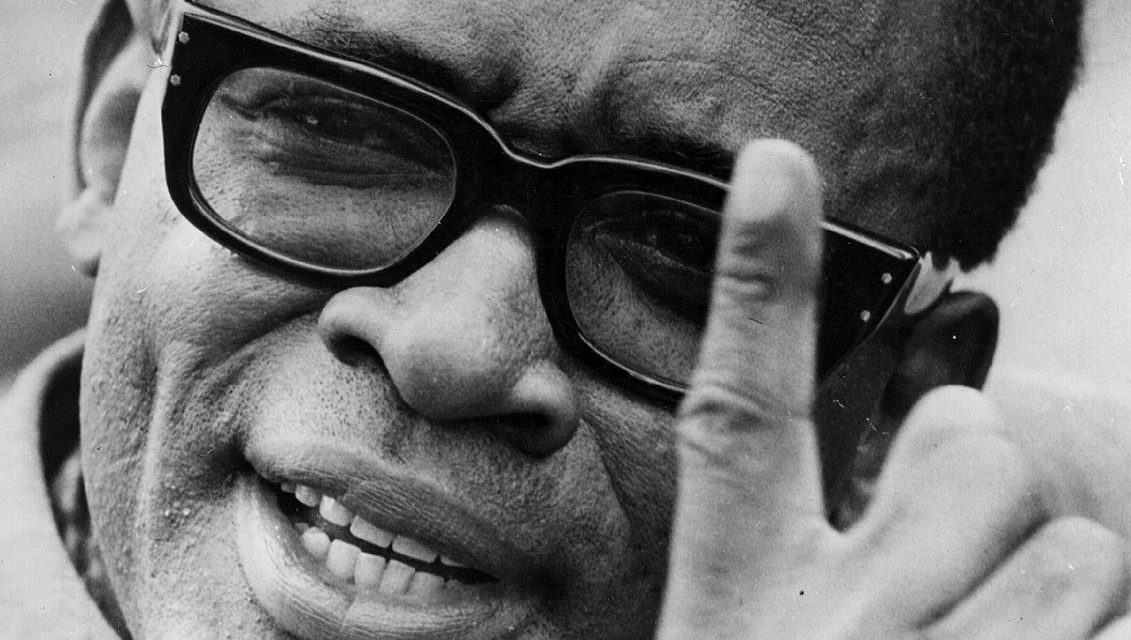 When the righteous increase, the people rejoice,
But when a wicked man rules, people groan.

I remember my last night in Zaire. My dad had been out running an errand when the violence began, and we hadn’t heard from him in days. We were all hunkered down in the playroom with our sleeping bags and pillows, ready for sleep. Off in the distance, we could occasionally hear the rat-tat-tat of automatic gunfire. It was September, 1991 in Kinshasa, and the strong man, Mobutu, was finally losing his grip on the nation. Over the next few days, my family would be escorted by American marines onto a ferry to cross the river into Brazzaville. From there, we would catch a plane to Andrews Air Force base and to a new life.

Zaire, now referred to by the much more cheerful sounding “Democratic Republic of the Congo,” was and is a nation built on lies and deception. It received its independence from Belgium in 1960. A fiery young idealist named Patrice Lumumba was elected as the first prime minister. Although he was a brilliant man, Lumumba was not politically savvy, and he made enemies quickly in the international community. He immediately alienated himself from his former colonizers who still had enormous economic clout in the country. He also refused to toe the line with the Americans, and instead began wondering aloud about appealing for help to the Chinese and the Soviets. The Cold War was raging at the time, and the United States was waging many proxy battles with the Soviets all over the continent of Africa. The US felt it necessary to have a friend in the Congo, and so they arranged, along with the Belgians, to have Lumumba murdered.

In his place, they installed a man named Mobutu Sese Seko. Over the next 30 years, Mobutu ravaged his own nation, both literally and figuratively. The Congo is rich in many kinds of natural resources, including diamonds, copper and other precious metals. So companies from all over the world were eager to do business with Mobutu. Billions of dollars flowed into the Congo as a result of these contracts, and much of it was siphoned off by Mobutu for his personal use. Over his lifetime, he accrued numerous lavish homes in Europe, and he would regularly make trips between Europe and the Congo for any number of fanciful reasons. He built an opulent palace in his home village of Gbadolite in the 1970s. In an address to his people, he once said, “If you must steal, then steal a little bit and leave a little bit for the nation.”

Mobutu liked to be called Mobutu Sese Seko Nkuku Ngbendu wa Za Banga, which has two possible translations: “the powerful warrior whose stamina and willpower carry him for victory to victory, leaving behind only fire,” or “the rooster that leaves no hen unruffled.” When summoning his government ministers to his palace in Gbadolite, Mobutu would require them to bring their wives with purpose of exercising his “chiefly rights” to sleep with the women. It is said that many of them would bring a niece instead, as that was easier for the men to bear.

The CIA worked hard to keep Mobutu in power so long. Their justification was simple: “Mobutu is a bastard, but at least he’s our bastard.” Republican presidents, especially, loved to support him. Mobutu has been dead and gone for over 20 years, but his legacy of corruption, theft, suspicion and lies still lives on. It is well known that even today, everything in the Congo “works” by corruption.

Last fall, Trevor Noah lampooned Donald Trump as America’s African President, and he was right. Does anyone doubt that Donald Trump might like to be called, “the powerful warrior whose stamina and willpower carry him for victory to victory, leaving behind only fire,” or “the rooster that leaves no hen unruffled?” Of course not. Does anyone believe that Donald Trump has integrity, and that he will keep his word even when it’s painful?

Well, apparently so. It has been distressing to watch conservative Evangelical Christians around the country line up in support of Donald Trump. Their justifications sound no different to me than the CIA’s deal with the devil: “he may be a bastard, but at least he’s our bastard.” The problem is that these deals are always lies, and they never work out. Jesus said that a tree is known by it’s fruit, and you cannot get delicious apples if you plant thistles.

Behold, a king will reign righteously
And princes will rule justly.
Each will be like a refuge from the wind
And a shelter from the storm,
Like streams of water in a dry country,
Like the shade of a huge rock in a parched land.

If you’re an Evangelical Christian, are you really going to try to convince me that Donald Trump will be committed to ruling justly? That he will be like a “refuge from the wind”? It’s laughable. No, verses 6 and 7 explain what happens when wicked men rule:

For a fool speaks nonsense,
And his heart inclines toward wickedness:
To practice ungodliness and to speak error against the Lord,
To keep the hungry person unsatisfied
And to withhold drink from the thirsty.
As for a rogue, his weapons are evil;
He devises wicked schemes
To destroy the afflicted with slander,
Even though the needy one speaks what is right.

Whether you’re talking about poor inner-city blacks or poor trailer-trash whites, our two presidential candidates promise to keep the hungry person satisfied and to protect the needy ones. But Scripture testifies that our two presidential candidates, both liars, will do otherwise. Scripture says that such a ruler devises wicked schemes to withhold drink from the thirsty and to destroy the afflicted with slander.

You cannot get good fruit from a rotten tree.

So what are we supposed to do? Our elected representatives contributed very effectively to the utter ruin of the Democratic Republic of the Congo over the last 50 years. We must feel some responsibility for the legacy of corruption and theft and misery that we’ve left in the Congo. But we must also recognize the destruction we are sowing in our own country, and we must repent.

If I’ve quoted anything directly in this article, it came from David Van Reybrouck’s wonderful book, Congo: The Epic History of a People.