KATIE VS. THE FLY Just a few months prior to my third back surgery, I laid down for my nightly battle against the pain to find a comfortable enough position to get some sleep. With the rods in my back irritating my spine I found it excruciating to lay on my back or even lean against it. Laying on my stomach had much the same result. So night after night I would sit up for hours working to find some position that would allow me to sleep.

But this particular night, I finally laid down and found that my body felt some ease from the pain, and a restful feeling began to settle over me. I felt overjoyed at the degree of relief I was feeling, and my eyelids began to droop by the weight of long anticipated sleep. I silently submitted a prayer of joyful gratitude to the Lord and let the overwhelming exhaustion take me in.

Only moments after, I heard a subtle buzzing around my head and felt a tickle on my eyebrow. Then a fly landed directly on my forehead! I swatted it away and again it landed right there. Swat! On my nose—swat! On my cheek—swaaaat!

Reader, I was annoyed.

I pried myself up from my coveted position and went to turn on the light. The only solution to my fly-problem was murder. Katie, in the bedroom, with the newspaper.

I searched to kill it, but it wasn’t anywhere in the room to be found. I guessed the fly knew what was good for it. Turning out the light I laid down again, and mercifully found the same comfortable position and felt the same rest come over my body as my eyelids again became heavy.

As the hope of sleep was near, nearer still was the “Bzzzz….”

An infuriating tickle brushed my hair and settled on my forehead once again. I wasn’t the only one who was determined to settle in a newly found resting place. The fly had, too—and it was my face.

But I wasn’t giving up so easy. How many nights, months, years had I waited for a night of rest? Shaking my head and flailing my arms, I attempted to out-annoy the fly. You’d think that would be easy, but, shockingly, the fly’s feelings didn’t seem too hurt.

Multiple times I got up to hunt him. I tried everything. Were flies attracted to light? No clue, but it was worth a try, so I turned on a light in the living room, left my door open, turned the light off in my room and went back to bed.

I failed again—the fly couldn’t care less about the light. Every time I laid down and closed my eyes, he came again, I swatted again, and he got away again. And then, I became angry—straight out angry—at God. He was God. And this was a fly. A fly that I needed dead, so I could sleep on the one night I was finally able to lay down without too much pain.

What was God thinking?

I asked him. “Why would You bring this stupid fly on the one night I’m finally able to lay down and not have so much pain?”

I continued by informing God exactly how faithful I’d been all these years—how I had always trusted Him and never gotten angry at Him or cursed Him. Didn’t I deserve just one peaceful night?

Then, in my heart, I questioned God’s love for me. I thought how cruel He was for tormenting me in this way when I was so weary. I knew the words I was speaking in my heart even though I didn’t speak them out loud.

As I cried out against God I knew—I knew right then—how wicked my heart really was.

In questioning God over my suffering—assuming I didn’t deserve it—I was denying the righteousness of God. I was like Job or his friends or maybe even his wife, lecturing God about what He was doing wrong and how I knew better than He did what was actually good for me. I was telling God I could do a better job as God than He could.

“’My grace is sufficient for you, for My strength is made perfect in weakness’ Therefore most gladly I will rather boast in my infirmities, that the power of Christ may rest upon me.” (2 Corinthians 12:9-10).

All this time I had thought I had learned the lesson of suffering. That it somehow made me righteous. And then, in a rare moment of comfort, God sent a little fly and burst my bubble. That fly wasn’t just an annoyance, although you can’t deny that he was annoying. But, turns out, he was also an agent of God’s mercy, showing me my sin and killing my pride.

The fly, in the bedroom, with the buzz. 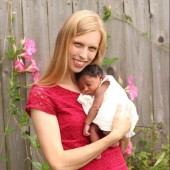