Book Review: What Does the Bible Really Teach about Homosexuality?, by Kevin DeYoung 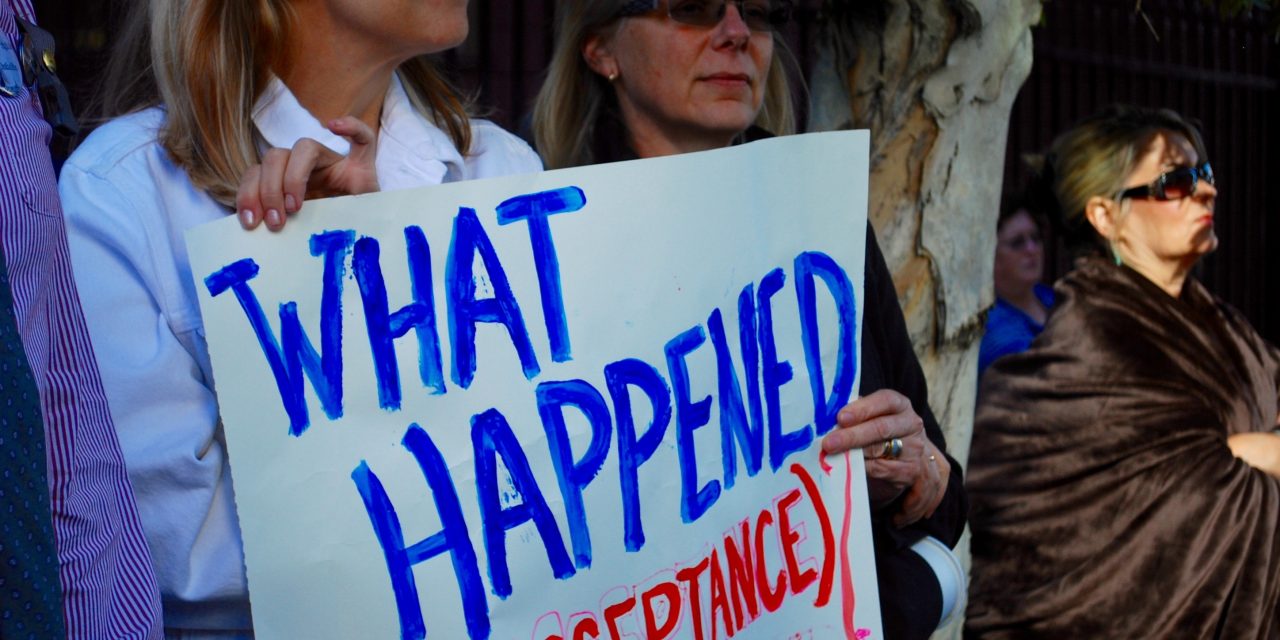 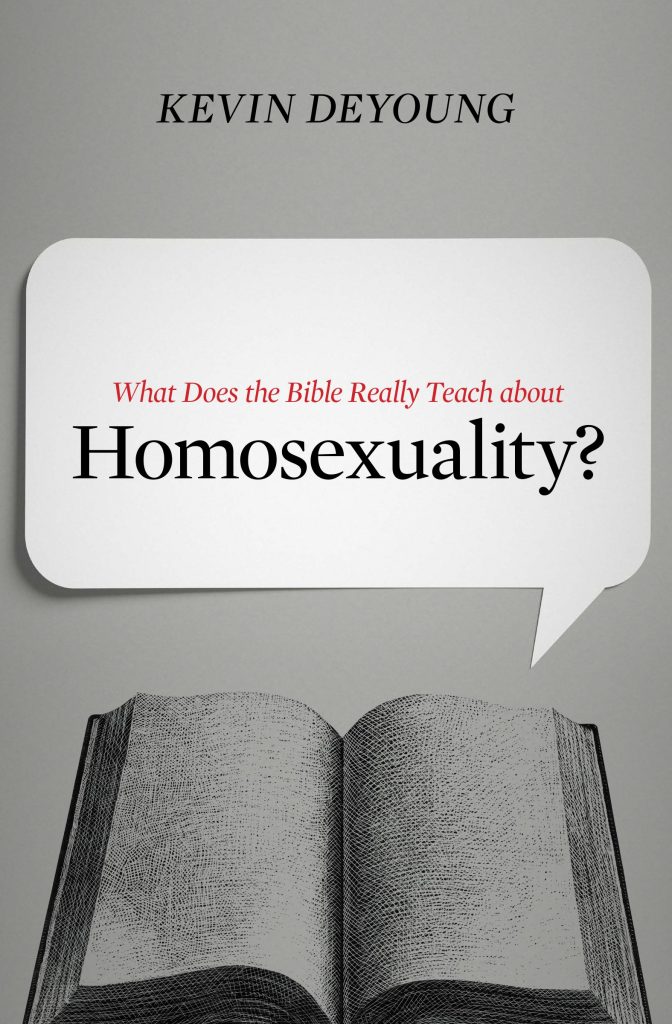 It seems like there’s a new book on homosexuality by a conservative evangelical every day. In the wake of Obergefell v. Hodges this makes sense. Many Christians are wondering what’s going to happen next, and how to be faithful in the midst of a wicked and perverse generation. Many others are desperately seeking a way to escape the world’s hatred.

I’ve picked a few of these books, and I hope over the course of the summer to help you be more aware of what’s out there, what might actually be helpful, and what’s probably not worth your time.

Up first is Kevin DeYoung’s What Does the Bible Really Teach about Homosexuality? (Crossway, 2015; 158 pages). I came into this book having read two other books by DeYoung which I found helpful and which I’ve often recommended: Just Do Something and Crazy Busy. I find DeYoung’s writing to be consistently concise and accessible, theologically reliable, and keenly pastoral. He ministers in a university community as I do, so I’m especially grateful for his insights.

What Does the Bible Really Teach about Homosexuality? is DeYoung’s attempt to give a brief but thorough overview of Scripture’s teaching on homosexuality. The book is divided into two sections:

The intended audience includes those who already agree with DeYoung’s conclusion (that homosexuality is sinful), those who are “contentious,” and those who are just plain confused (17–19). As the title suggests, DeYoung’s primary objective is to bring the reader to a fuller understanding of what the Bible really teaches about homosexuality. Imagine that!

DeYoung believes in and clearly communicates the authority of Scripture. In his chapter on Leviticus 18 and 20, he begins by pointing out, “No disciple of Jesus should start with the presumption that the Mosaic commands are largely irrelevant” (43). This is a simple but important corrective. Most of us do come to Leviticus thinking it’s mostly irrelevant to us, but that there might be a diamond somewhere in the rough. That’s the wrong way to approach God’s Word.

DeYoung’s writing is simple and readable, but not simplistic. He dives deep, even regarding the meanings of words in Scripture’s original languages, but I never felt lost or bored by dry exposition. He’s able to see larger theological connections between the issue at hand and other doctrinal issues, and he effectively communicates those connections to the reader:

The spirits which cause one to go wobbly on biblical sexuality are the same spirits which befog the head and heart when it comes to the doctrine of creation, the historical accuracy of the Old Testament, the virgin birth, the miracles of Jesus, the resurrection, the second coming, the reality of hell, the plight of those who do not know Christ, the necessity of the new birth, the full inspiration and authority of the Bible, and the centrality of a bloody cross. (134)

There is a concerted effort on DeYoung’s part to be pastoral in his writing. He goes beyond surface objections in order to unearth what’s going on in the heart of the objector. When dealing with the assertion that we just need to keep talking and dialoguing about this issue some more, he writes,

Talking is not the problem. The problem is when incessant talking becomes a cover for indecision and cowardice. As one who has pastored for more than a dozen years in a mainline denomination, I have seen this far too often. It’s death by dialogue….If the “conversation” about the resurrection or the Trinity or the two natures of Christ continued as long as smart people on both sides disagreed, we would have lost orthodoxy a long time ago.

You can see from this quote (and many others in the book) that DeYoung also carries a high view of church history. He’s comfortable standing on the shoulders of our fathers in the faith:

He also effectively draws on other historical sources including pagan philosophers to demonstrate the mundane nature of our sinful rebellion, and to show that we are hardly different from any culture which has come before us in our sexual immorality.

DeYoung honestly and accurately presents opposing arguments and deals with them in a straightforward manner. He’s confident in Scripture’s ability to answer objections, and he doesn’t waste space apologizing for it. In chapter 7, “Not That Kind of Homosexuality,” he does an excellent job responding to cultural contextualization arguments which seek to remove Scripture’s relevance to our lives today. In chapter 10, “You’re on the Wrong Side of History,” he debunks the way of thinking which would draw false comparisons between slavery or racial civil rights and the present push for same-sex marriage. The only major objection I felt like he missed dealing with was, “But my sin’s not hurting anybody!”

Homosexuality is just one manner of perverting God’s design for sexuality. In order to rightly respond to promoters of this sin, we need to have a robust positive theology of sexuality which is grounded in Scripture. Though I am grateful for DeYoung’s basic commitment to Scripture, I’m afraid there are a couple ways he works against developing such a theology of sexuality.

What about Desires and Orientation?

DeYoung never really makes clear where to draw the line regarding same-sex desires and whether or not he believes “same-sex attraction” (as many Christians are now calling it) is sin. And he doesn’t give a defense for not drawing lines, either. He just skirts around the question. He clearly acknowledges that “homosexuality” is sinful, but he seems to avoid dealing with the trend in the church towards acceptance of same-sex desires as part of who you are, unable to be changed. Several times he speaks of those who “experience same-sex attraction,” which indicates to me a leaning in that direction. Why? Because it’s passive. You’re being acted upon. It’s something you experience, not something that involves your will or volition. To say that God wouldn’t condemn someone for an orientation they were born with is to call into question the doctrine of total depravity and the moral culpability of man.

In dealing with 1 Corinthians 6, he does a good job explaining arsenokoitai, the word often translated as “homosexuals,” but I don’t think he does justice to the historical meaning and usage of the Greek word malakoi, which the NASB translates “effeminate,” and which the ESV obliterates in its translation. He interprets this word as describing the receptive participant in a homosexual act, but is dismissive of the consideration that Paul would be referring to “an effeminate pattern in speech, deportment, or passions” (67). I think this demonstrates a shying away from the heart issues underneath homosexuality—desires and orientation—and sticks safely to the surface issue of homosexual behavior.

Who Does This Apply To?

To have a solid theology of sexuality, we must answer the question, Who do these truths about homosexuality actually apply to? DeYoung says that the Law is “still binding on the Christian” (44, my emphasis), that “God’s people ought not engage in homosexual behavior or give approval to those who do” (57, my emphasis), and that “homosexual activity is not God’s will for his people” (77, my emphasis). It’s true that God expects His people to obey, but I have to wonder why DeYoung so often only refers to the obligations of believers. It may be because the book is primarily written to Christians, but I think this way of speaking also has the effect of weakening our awareness of God’s condemnation on the ungodly, and thus the need for repentance, and thus the obligation of Christians to preach the truth to the world. In other words, if all we ever say is, “This is what God expects of Christians,” rather than, “God is now declaring to men that all people everywhere should repent” (Acts 17:30), it’s probably because we’re trying to protect ourselves from the world’s hatred.

Homosexuality is nothing new, and our scientific and sociological understanding of it is not radically different than in ages past. It’s been common, promoted, and theorized about since long before the New Testament was written. However, in the last few decades the landscape has changed: until now, pastors have not had to reason and argue for why such obvious perversions are wrong; now our culture claims that neither nature nor the plain words of Scripture teach that they are shameful. Wisdom requires that we go to the root of this issue, addressing both the desires and actions of those inside the church and out.

The church today is weak in this area, and given our own culture’s rebellion, there’s temptation to capitulate on this issue, to pull our punches, to not dig deeply enough into the issues at hand. Sadly, while faithful and helpful in many respects, at the end of DeYoung’s book one of the biggest lies of our culture is left standing—that homosexual desire is completely natural and nobody except Bible-thumpers would ever think that it is wrong or shameful. This is either a failure of wisdom and pastoral insight on DeYoung’s part, or worse, a failure of courage. Given his faithfulness in so many other areas, I’m hopeful it’s the former.

Yes, I would recommend this book, with just a few alerts regarding its weaknesses. But overall, DeYoung does an excellent job concisely opening up Scripture’s teaching regarding homosexual practice, and I would feel comfortable giving this book to a believer weak in this area, or even to an unbeliever with questions about the topic.

Tags: Books, I Feel Bad About Myself, Pastoral care