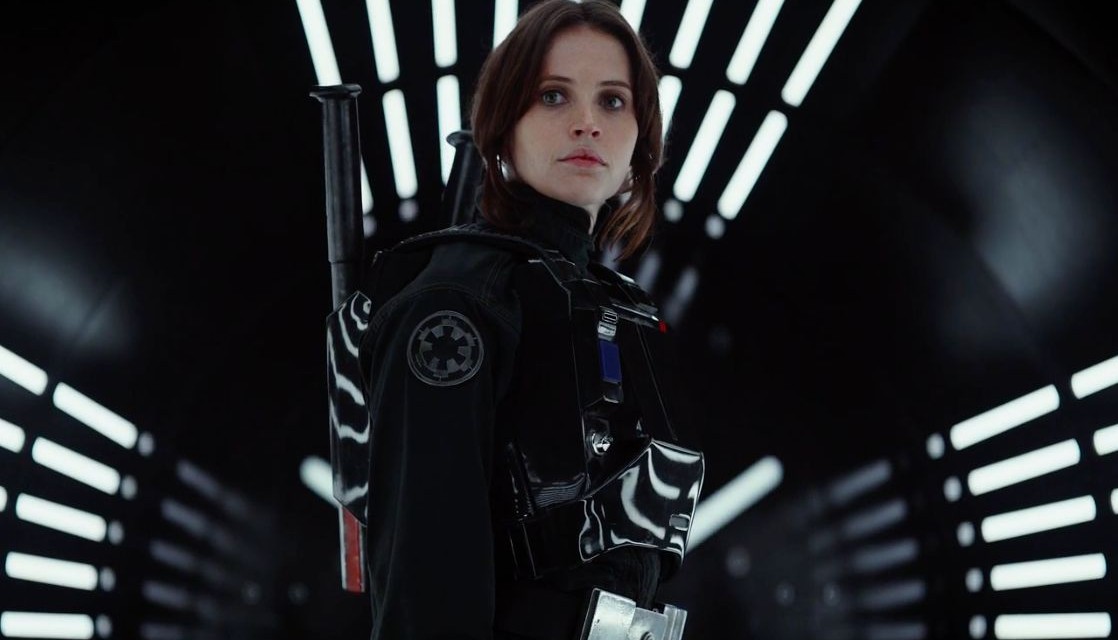 I was talking to a friend of mine yesterday about Star Wars: The Force Awakens and he said the problem for him as a dad is that there’s no one for his boys (they’re both under 4) to pretend to be. “Han Solo is too old, and Finn and Poe are so inconsequential that they don’t even remember them,” he said. “So the character they end up playing as is Kylo Ren.”

My friend neglected to mention one other character they could end up playing as: Rey. Those are the two real choices. Rey or Kylo Ren.

But given that my friend does not want his boys to grow up into either a) a girl who thinks she can do everything, or b) a petulant emo psychopath who murders him, I get his concern. And judging from the trailer dropped this morning, it doesn’t look like Rogue One is going to be any help. Here it is:

It features another Disaffected Young Female Protagonist (TM Disney Corporation) with another androgynous one-syllable name—Jyn (does anybody else feel like a goofball learning these new names or am I getting old?). She’s cool, she’s capable, she’s rebellious, she kills dozens of storm troopers single-handedly, and she already has the nerd pundits saying things like, “In a galaxy far, far away, ‘woman’ no longer just means mother or lover.”

Well, I’ve written at (what everybody agreed was) too-much-length on why that sort of thing is ungodly and untrue. I’ll confine myself to one(ish) point for now:

The only people who will be pooh-poohing it as “only a movie” are Christians who want to enjoy it without feeling guilty. Everybody else will be celebrating it or decrying it as what it is—a very real victory for feminists. It’s unapologetic, it’s confident, it’s not screechy or defensive. It doesn’t flaunt its feminism. It knows it doesn’t have to. Even moments like the jokes in Force Awakens about Finn grabbing Rey’s hand are beside the point and no longer really necessary in this franchise’s universe.

The characters in the movie just accept that there’s no real difference between men and women, certainly no distinction of what their roles should be in fighting the evil Empire or wielding the power of the Force (which transcends biology anyway, right?). By proxy, the movie audience is meant to accept the same thing.

We don’t need those awkward scenes like you get in eighties and nineties movies where the woman proves herself to the bemused or bewhiskered man. No more of this:

Why no more of that? Because there’s no longer a need for a surrogate-doubter in the audience, not even a surrogate-doubter who’s only there to be put in his place. The idea of a movie like Rogue One is that the doubters and haters have already been put in their place by the prevailing Voice of Progress, and now it’s time to get on with telling stories about empowered women. The only doubter or hater that might Awaken would be a grump like me who is totally out of touch and hates life, women, and Star Wars.

I dunno if you’ve ever tried to argue with someone who assumes there isn’t any argument, that the argument already happened and the victory was so decisive and obvious that they don’t even need to engage you. It’s one of the most slippery tricks you can pull as an arguer. It makes the other fella look like a monster who just wants to drag you backwards into the muck, while you have your head held high and are offering to just be friends and get along.

Now here’s my one point: if all these bad, wicked, or just very very silly people are celebrating, why aren’t we who know the truth decrying louder? Why aren’t Twitter and Google just as full of us saying that true womanhood lies in…

…the hidden person of the heart, with the imperishable quality of a gentle and quiet spirit, which is precious in the sight of God. (1 Peter 3:4)

Weeeeeell…plenty of people are saying it, some in wise and winsome ways (see: this article you are reading right now) and some in grumpy, obnoxious, or pugnacious-for-pugnacious-sake ways. If we’re not a little louder, maybe it’s because we’re depressed or something. It’s no fun to live in a culture where the Arbiters of What’s Young and Sexy and Cool assume that a godless lie is What’s Young and Sexy and Cool. Now that the feminists have Disney on their side, they’ve won, right? Better to come out with our hands up before they decide to kick in the door.

See to it that no one takes you captive by philosophy and empty deceit, according to human tradition, according to the elemental spirits of the world, and not according to Christ. For in him the whole fullness of deity dwells bodily, and you have been filled in him, who is the head of all rule and authority. (Colossians 2:8-10)

Disney may seem like a formidable rule and authority in our lives today, but you and I know Somebody who’s even bigger and badder.

The job of any man who’s worthy of the name is not to be on the right side of the moment, but on the right side of history. The Young and Sexy and Cool people who are Young and Sexy and Cool a million-billion years from now will be laughing at feminism and post-feminist Star Wars and how seriously the bad people took their itsy-bitsy golden calf, and how scared the good people were of it.

It’s painful to be part of a Culture that collectively stepped on a banana peel and is in the process of tumbling down in slow-motion. But to all the other cultures across time and space, we’re just another Looney Tune undergoing another painful gag. It might be funny and it might be painful, but the real thing to remember is that it will all be over before you know it. Disney ain’t nothing and neither is Star Wars.

So for goodness’ sake, cheer up and stick with the Light Side. Otherwise you really might turn into a grumpy old man. 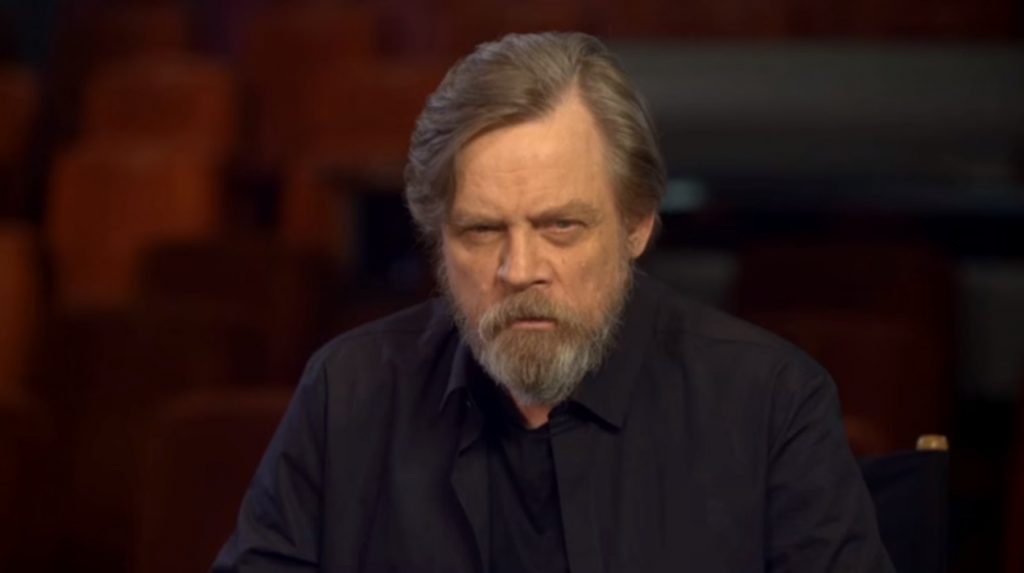