Men Who Won’t Read Jane Austen Are So Wrong 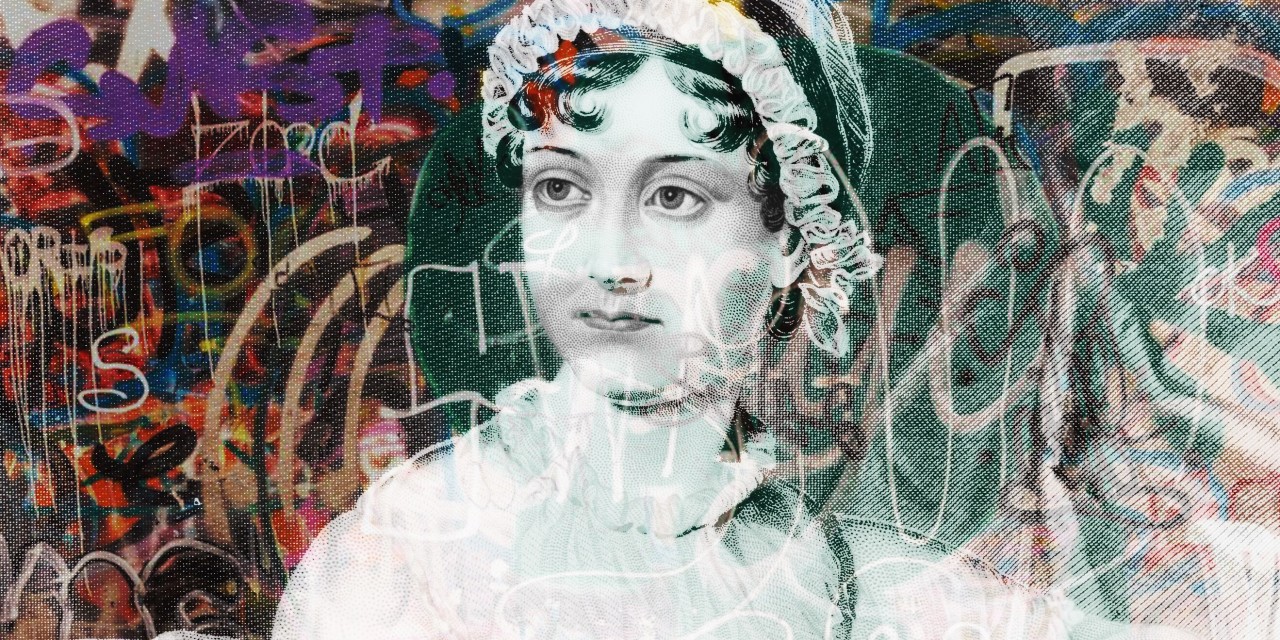 Since we released our episodes of the The Bookening re: Pride and Prejudice (available elsewhere on this site or click here to listen and subscribe on iTunes), I’ve talked to a distressing number of males who think Jane Austen is just for girls. Please see the title of this article for my official response.

I could expound on my main point for thousands of words, but let’s keep this easy and stick to a few quotes from two famous authors who were both men and who were both not too manly to like Jane Austen—Sir Walter Scott and Anthony Trollope. Let’s start with a review of Emma by Sir Walter Scott.

But first remember that Scott was the Tom Clancy or Lee Child of his time. He wrote big exciting novels with lots of knights, castles, battles, blood, action, swash, buckling, derring, do, etc. Novels like Ivanhoe and Rob Roy.

In his review, written for the Quarterly Review in 1815, Scott talks about how when novels were first invented, they were basically romances. Not romances like what you haters dumbly think Jane Austen is, but big epic exciting action-packed Sir Walter Scott type romances.

expected to peruse a course of adventures of a nature more interesting and extraordinary than those which occur in his own life, or that of his next-door neighbors.

However, there’s a problem.

Social life, in our civilized days, affords few instances capable of being painted in the strong dark colours which excite surprise and horror; and robbers, smugglers, bailiffs, caverns, dungeons, and mad-houses, have been all introduced until they ceased to interest. And thus in the novel, as in every style of composition which appeals to the public taste, the more rich and easily worked mines being exhausted, the adventurous author must, if he is desirous of success, have recourse to those which were disdained by his predecessors as unproductive, or avoided as only capable of being turned to profit by great skill and labour.

In other words, you can only read so many Hardy Boys books before you grow up and want something else. Nothing wrong with a good smuggling story—or vampire story or hunger games story or Jack Reacher story or whatever. But eventually, those tropes get tired. Those mines may be full of gold, but they’re also “easily worked” and thus get depleted quicker. In any case, eventually a new kind of novel had to arise.

The substitute for these excitements, which had lost much of their poignancy by the repeated and injudicious use of them, was the art of copying from nature as she really exists in the common walks of life, and presenting to the reader, instead of the splendid scenes of an imaginary world, a correct and striking representation of that which is daily taking place around him.

That’s of course just what Jane Austen does. And Sir Walter Scott goes on to make a splendid defense of her and why she’s worthwhile for all you neanderthals to imbibe even if there are no fights or chases:

In adventuring upon this task,

(the task of writing about life instead of Romance)

the author makes obvious sacrifices, and encounters peculiar difficulty. He who paints from le beau idéal,

if his scenes and sentiments are striking and interesting, is in a great measure exempted from the difficult task of reconciling them with the ordinary probabilities of life: but he who paints a scene of common occurrence, places his composition within that extensive range of criticism which general experience offers to every reader.

In other words, not many people reading a Jack Reacher novel are going to have the knowledge and experience necessary to criticize how Jack broke the bones of those three assailants in that one awesome fight scene. But everybody’s lived and loved (or seen other people live and love) enough to criticize every moment in a book like Pride and Prejudice. Books about “real life” are harder to do well. And harder to rise above criticism.

The resemblance of a statue of Hercules we must take on the artist’s judgment; but every one can criticize that which is presented as the portrait of a friend, or neighbour. Something more than a mere sign-post likeness is also demanded. The portrait must have spirit and character, as well as resemblance; and being deprived of all that, according to Bayes, goes “to elevate and surprise,” it must make amends by displaying depth of knowledge and dexterity of execution.

Luckily, Jane Austen was the boss.

We, therefore, bestow no mean compliment upon the author of Emma, when we say that, keeping close to common incidents, and to such characters as occupy the ordinary walks of life, she has produced sketches of such spirit and originality, that we never miss the excitation which depends upon a narrative of uncommon events, arising from the consideration of minds, manners and sentiments, greatly above our own.

AKA Jane Austen was so awesome at writing about normal people in an exciting and original way that you never miss the explosions and bone-crunching fight scenes.

If that’s not good enough for you, how about this quote from a lecture by Anthony Trollope given in 1870. I don’t know Anthony Trollope too well and neither do you probably, but notice how well he jives with Scott and how beautifully he describes Jane’s writing, her humor, her insight, and her moral understanding of men and women. If you’re the type of man I take you for, this will make you want to read her. If it doesn’t, well, see my title again.

Her work, as far as it goes, is faultless. She wrote of the times in which she lived, of the class of people with which she associated, and in the language which was usual to her as an educated lady. Of romance—what we generally mean when we speak of romance—she had no tinge. Heroes and heroines with wonderful adventures there are none in her novels. Of great criminals and hidden crimes she tells us nothing. But she places us in a circle of gentlemen and ladies, and charms us while she tells us with an unconscious accuracy how men should act to women, and women act to men. It is not that her people are all good—and, certainly, they are not all wise. The faults of some are the anvils on which the virtues of others are hammered till they are bright as steel. In the comedy of folly I know no novelist who has beaten her … Throughout all her works, and they are not many, a sweet lesson of homely household womanly virtue is ever being taught.