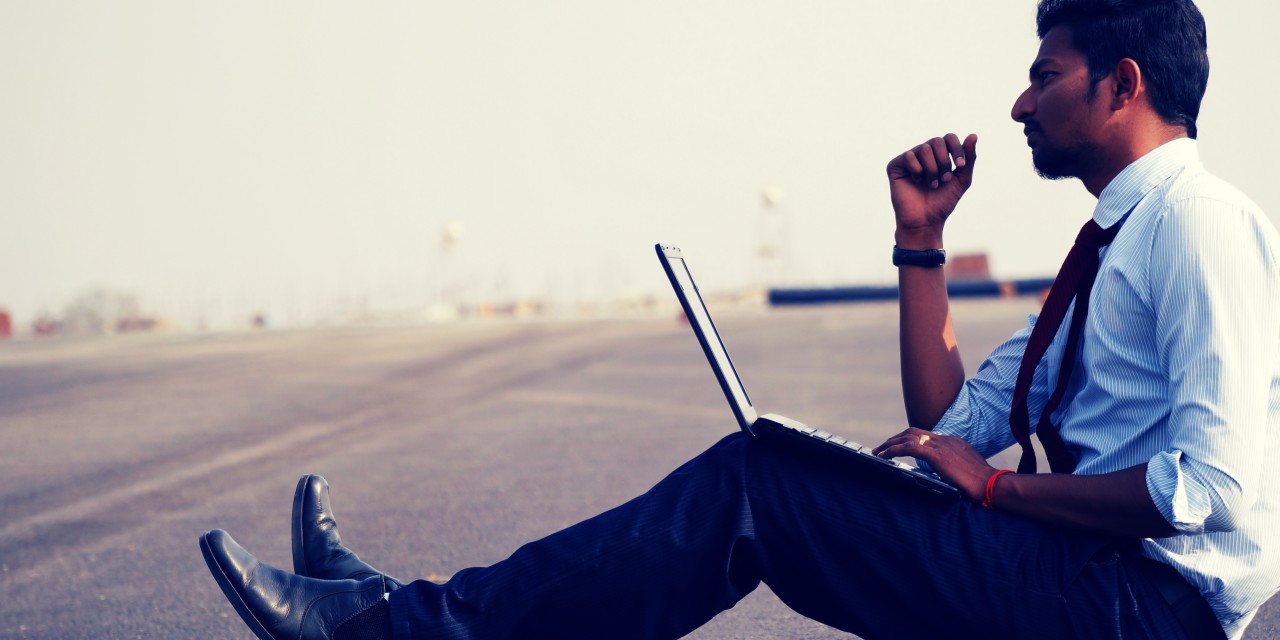 Do you ever worry about how much of your personal information is available online? Years ago, when Google was first a thing, it was pretty cool to search for your name and get some results. Years later, it’s just creepy. Anyone in the world can know a whole host of intimate details about you just by doing simple searches on the internet.

Our culture is increasingly hostile to our Christian faith. What happens when people find out that I’m opposed to homosexual marriage, or that I don’t believe in evolution, or that I spank my children? Will I lose my job? Will I lose my children? What happens if aspects of our faith are ever outright outlawed? Will the government be able to get at me through the trail (both public and private) that I’ve left online?

Given both of those problems, it’s no surprise that some Christians are ready to pack their belongings, unplug from the grid, and head for the hills. There are enough dangers and headaches being a regular Joe on the internet, let alone being a Joe or Jane Christian.

But let’s say you reject that philosophy. You realize that computers are here to stay. Plus you know you need to be a faithful Christian in public, and you have the sense that will include the internet somehow. But you want to be wise about it. What to do? What does it mean, practically, to be a wise person and a faithful Christian when it comes to your digital life?

Let’s address problem number one first, the problem of simply keeping our personal information safe from hackers and the like.

You know, those sorts of things.

So that takes care of problem number one. No one can be one hundred percent safe, but with a little wisdom and a few precautions you can live your life relatively free of concern.

That brings us to problem number two, the problem of being a public Christian on the internet. Or even of being a private one. Because aside from thieves trying to steal your money, the other type of digital threat is the threat of a government actor with virtually unlimited resources watching you carefully in order to persecute you or harm you.

As the debate surrounding Eric Snowden shows, Christians aren’t the only ones concerned about this. But Christians are familiar with the work of missionaries in hostile areas, and so we imagine that our lives in the West will soon become like those of Christians in Muslim countries. Perhaps we’ll have to take our faith underground.

Jesus told his disciples that they were the light of the world. Christians are called to be open and public about the reason for our hope. If we’re committed to that in principle, and we should be, the question of how to respond to malicious government actors is simply a question of tactics.

In battle, the appropriate tactic to use depends on many factors: your terrain, the number of men you have in your fighting unit, your supplies, where you fit in the overall mission, and more. And so, naturally, my answer to this question would vary depending on whether I’m talking to Christians in the United States or to Christians in Saudi Arabia.

Right now, Christians in the USA need to be fighting vigorously against the unconstitutional encroachments on our civil liberties. That means we must be speaking out loudly and constantly. If we’re worried we might be persecuted for opposing sodomy or spanking our kids, now is not the time to figure out how to take those things underground. Now is the time to fight for our right never to have to.

To retreat now would be to go into hiding because we see the enemy off in the distance. That’s ridiculous. If we see that the enemy is seeking to take away our weapons, the last thing we want to do is lay them down. Instead, we should respond to any attempt to intimidate us into silence by getting louder.

Every time we shy away, we’re allowing our enemies to take ground. Every time we respond vigorously and loudly, we create space for Christians all over the country and the world to follow their conscience without fear of reprisal.

And so, the proper response for Christians is to take the internet with a will. We should be writing and speaking as much as possible for whoever will listen. If the government wants to find you, there is very little you can do to stop them. For crying out loud, they’re able to target terrorists across the world who are trying very hard not to be found.

If it comes to that, taking Facebook’s privacy settings seriously isn’t going to protect you. And you shouldn’t be relying on Apple to stand between you and the government either. Instead, you should always assume that anything you type into a computer on the internet will be public knowledge some day. This is why I have my Facebook account set to public. It disciplines me to only post what I want the entire world to see.

Full, end-to-end security online is extremely difficult. Very few people in the world have the knowledge and ability to pull it off. Even fewer know how to do it correctly. None of them do it without making mistakes. Your techie friend, or the “tech guy” at your church, most certainly won’t be able to do it well. So forget about it. Assume that your life online is public knowledge, be wise, live a godly life, and live it loudly.