The Extravagance of the Stars (and other Christmas reflections) 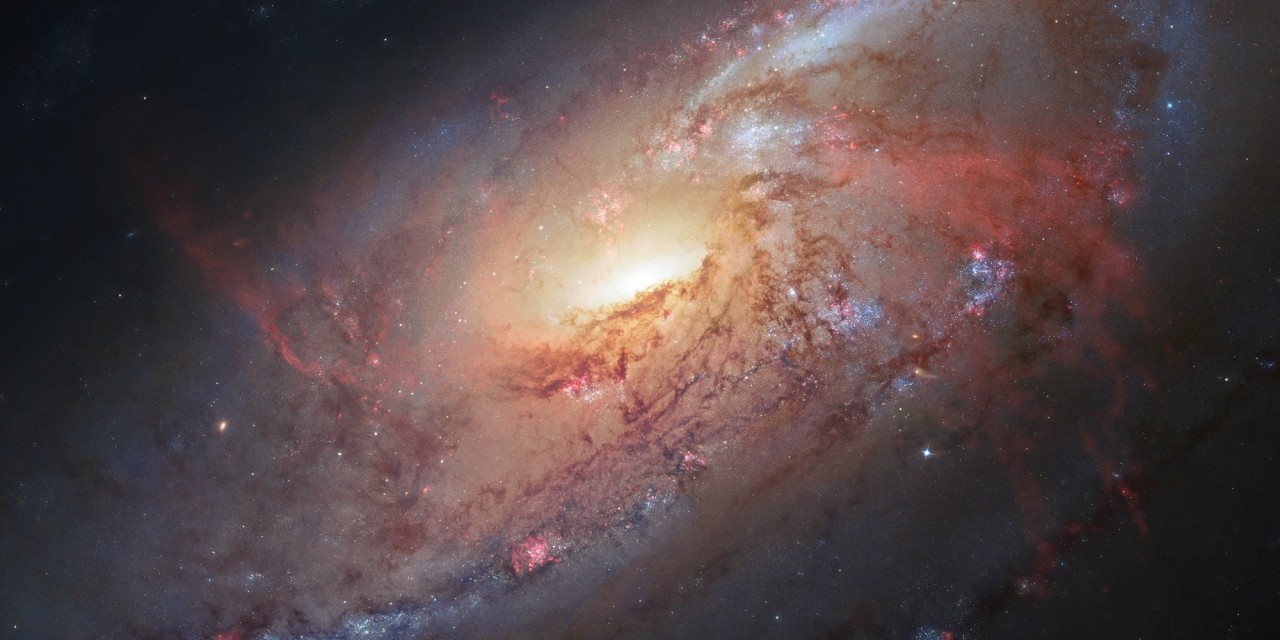 Attention, please, boys and girls. The theme of today’s article is “What Does Christmas Mean to Me?” I realize that sounds like one of those silly essay assignments that they give elementary schoolers to make sure they don’t have too much fun over Christmas break. The dirty secret is that I was home-schooled through those grades, so I never got to write a silly essay like that, and I’d sort of like a crack at it now, if you don’t mind too much.

The other thing we should probably mention is that “What Does Christmas Mean to Me?” is, of course, a rather personal question. Fortunately (or unfortunately, as the case may be) I just happen to be a person, and am therefore uniquely qualified to give a personal answer.

So what does Christmas mean to me? Here are five answers: 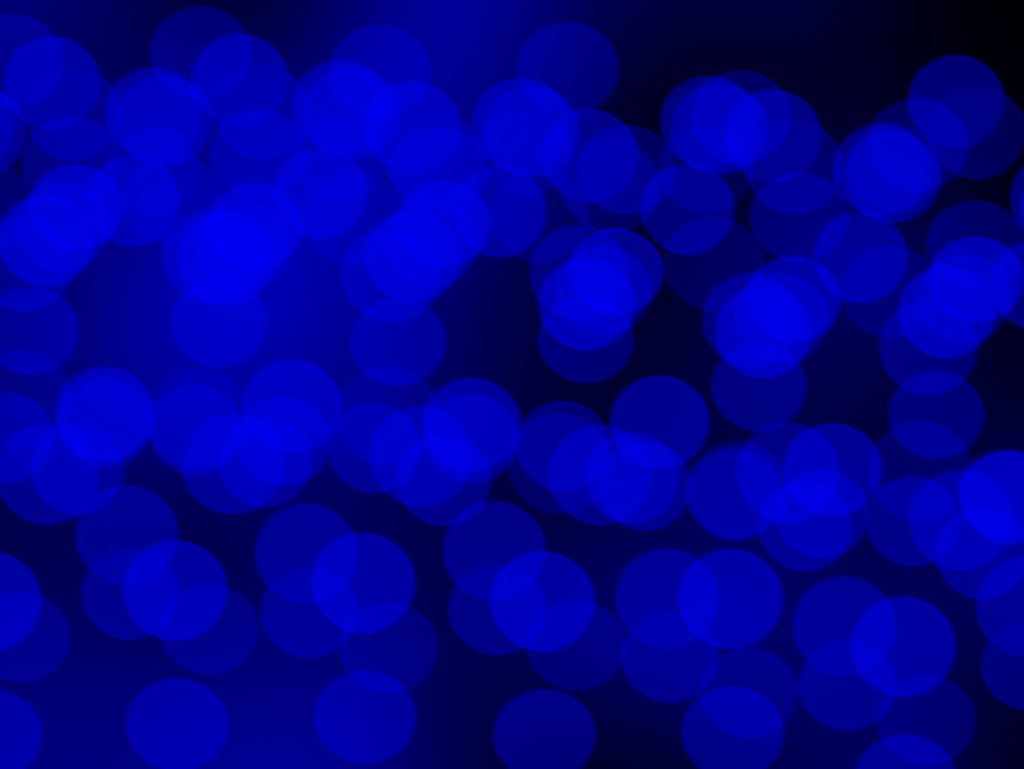 First of all, Christmas means to me, lights. Me, I love the old-fashioned standard Christmas lights, with loads of green and red and blue, and the appropriate smattering of yellow and orange. Maybe some royal purple for texture. A lot of people like the all-white ones, but I’ve never been able to quite get behind those. There’s something sort of highfalutin’ about them, the urge toward austere and colorless beauty over warmth and variety and fun. That said, I have a special place in my heart for the strings of nothing but blue. Nothing glows like a blue Christmas light. If I was one of those explorers of old, the ones like Admiral Byrd that discovered the wonders of the North and South Poles— if I was one of those explorers, and I unearthed some icy cavern of treasure, buried by some ancient lost arctic civilization, I imagine that it would glow the same blue as those Christmas lights. It’s a magic blue, a storybook blue. Maybe all the Christmas light colors are magic, storybook colors.

Second of all, Christmas means stars. Now here’s where I can feel a little sympathy for the all-white-light advocates, because maybe what they’ve got in their heads when they gaze upon their seemingly spartan strands is stars. Christmas, for me, is all about stars. You just think about the Christmas story: you have God who is called the Father of Lights, who gives us every good thing given and every perfect gift. A generous, extravagant God. And light is maybe the best example of His extravagance. He made lights, and placed them in the expanse of the heavens to give light on earth and to govern the day and the night and for signs and for seasons. Don’t believe TED talkers when they give lectures on how the vastness of the cosmos dwarfs our puny planet and human ambitions. The Father of Lights sprinkled the night sky with stardust, assembled whole galaxies just to give light and signs and seasons to our puny planet. Just to help guide and inspire our absurd human ambitions.

And that, of course, brings us to the Star of Bethlehem. It’s appropriate that the wise men followed a star to Bethlehem, because it is in the extravagance of the stars that we begin to see the bounty of the generosity of our Father. He could make and move and unmake an entire sun, billions of light years away, just to guide a few sages to His Son. He could pluck a star from the sky for the use of those wise men, as easily as a lover plucks a flower from a field for the use of his beloved. He could throw away an entire heavenly body, just to make sure some gold, frankincense, and myrrh got delivered at the right time by the right people. And what did the Son of God, with a thousand angels at His command, really need with gold, frankincense, and myrrh? Not much. But the Father of Lights could afford to spend an entire star, just to make sure His Son got His birthday present.

And that’s the third thing that Christmas means to me: presents. I know some people have a tough time with that one, because presents mean (or can mean) materialism and greed and confusion and heartbreak. Some people think of Christmas presents and they think of how little Timmy, whose behavior has been known to put cherubim to shame, catches one sight of a Toys “R” Us catalog, and he transforms, Jekyll-and-Hyde-like, into a conniving little ogre. And they think of how Mommy just wants something thoughtful from Daddy, although she guards the secret of what might actually constitute thoughtfulness like the Sphinx guarding its riddle. And then of course, Dad wants something cool, like, say, a paintball gun, or a potato gun, or a nail gun, or, maybe, a gun of some type. But he knows with the weariness of bitter experience that his gift is more likely to emit aftershave lotion than it is to emit armor-piercing rounds. Everybody wants something they don’t get, everybody gives something nobody wants. The only winners are Amazon and Walmart. 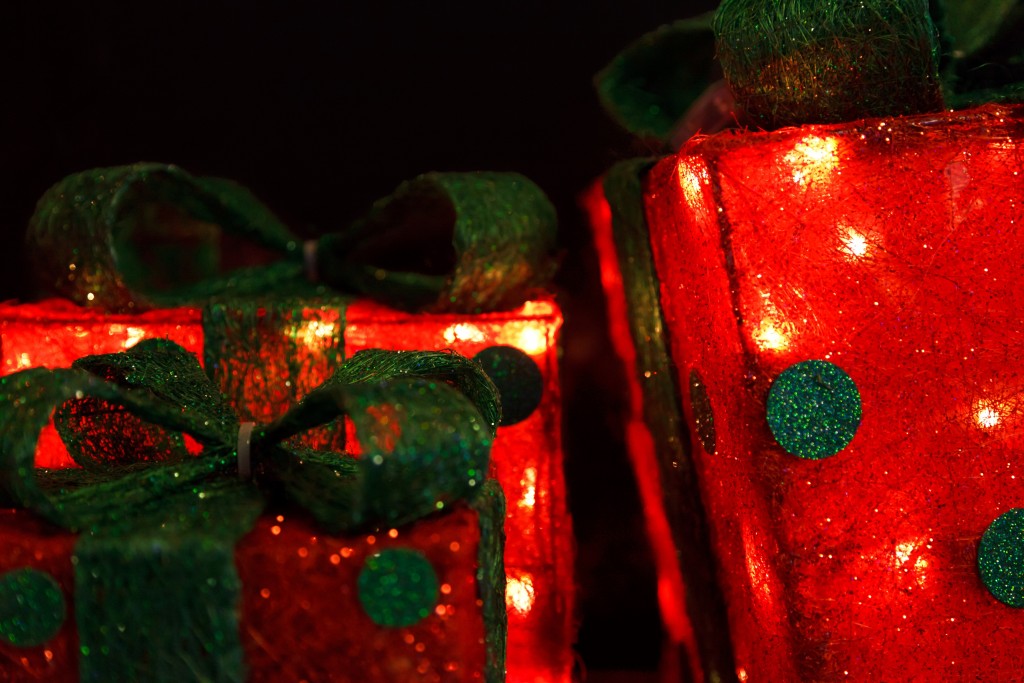 Well, that’s all true, some of the time, because we are sinful and stupid human creatures. But I still like presents just fine, because more often than not, they’re not like that at all. More often than not, they’re lovely little acts of generosity and courage and good will, wrapped up in ribbons and bows. Because, of course, the gift giver is only acting in the image of his Creator, who gives us much more than we can possibly ever use. The rain falls on the just and the unjust. And not simply so that the just and unjust may all have something to drink and water for their crops. The rain makes puddles for just and unjust children to splash in, and rivulets on window panes for just and unjust scientists and poets to contemplate. It makes gloomy afternoons for just and unjust novel reading, and it helps both the just and the unjust drift to sleep as it patters on the rooftop.

I defy even the most hardened sinner, who has felt God’s rebuke time and time again, to tell me that his heavenly Father never gave him a good gift. And some of His gifts are as big and important as Justification and Sanctification, and some of them are as simple as a raindrop. I like that. I love God for it. And I love daddies and mommies who exhibit the character of God when they give little Timmy the gifts of life and love and discipline, and also the gift of a tricycle.

Fourth thing Christmas means to me: it means the time a couple years ago when it was Christmas Eve, and I was in Walmart buying gifts for my mother and brothers, and I had just left the Christmas Eve church service where everything and everyone seemed so joyful and holy, and I was feeling mean and nasty, because I was having one of those moments that you have from time to time, where I felt like sin had broken some things for me and my family, crushed and shattered them, things that should be happy things at Christmas time, but instead were sad. I had my two or three hastily-chosen gifts under my arms, and I got in the checkout line right behind a Mexican family—a short fat jolly dad and a thin elegant but jolly mom and a couple jolly kids. And they were all chattering jollily in Spanish and they had two (two!) carts full of Christmas goodies. I stood behind them with my three lousy items, waiting for the clerk to begin the interminable drama of processing their two full carts, and I felt miserable and stared at my feet.

Suddenly, I realized the dad was looking at me. I glanced up, not quite meeting his eyes. He didn’t speak English too well, but he gave me a smile that was as gentle as a shrug, and made a sweeping gesture with his hand and he said, “You—you go first.”

I mumbled my thanks and walked past the family and bought my stuff and walked out. By the time I reached the parking lot, I was crying. I cried all the way to Mom’s house, and then I went inside and wrapped my presents, and my mom and brothers and I had a good, contented Christmas.

Now it goes without saying that I should have been more faithful and less cynical as I stood in that checkout line, but, in this particular instance, God didn’t send me a sermon. He just sent me a jolly little family to be kind to me. And I really needed somebody to be kind to me that night. That jolly little family will never know that the best Christmas gift they gave that year was to a shabby mopey guy behind them in the checkout line. I hope and pray that God blesses them this Christmas.

I love Jesus. I really do. It’s a tragedy that those words sound so trite, because they’re not. I love Jesus. And Christmas is a terrific time for loving Jesus. 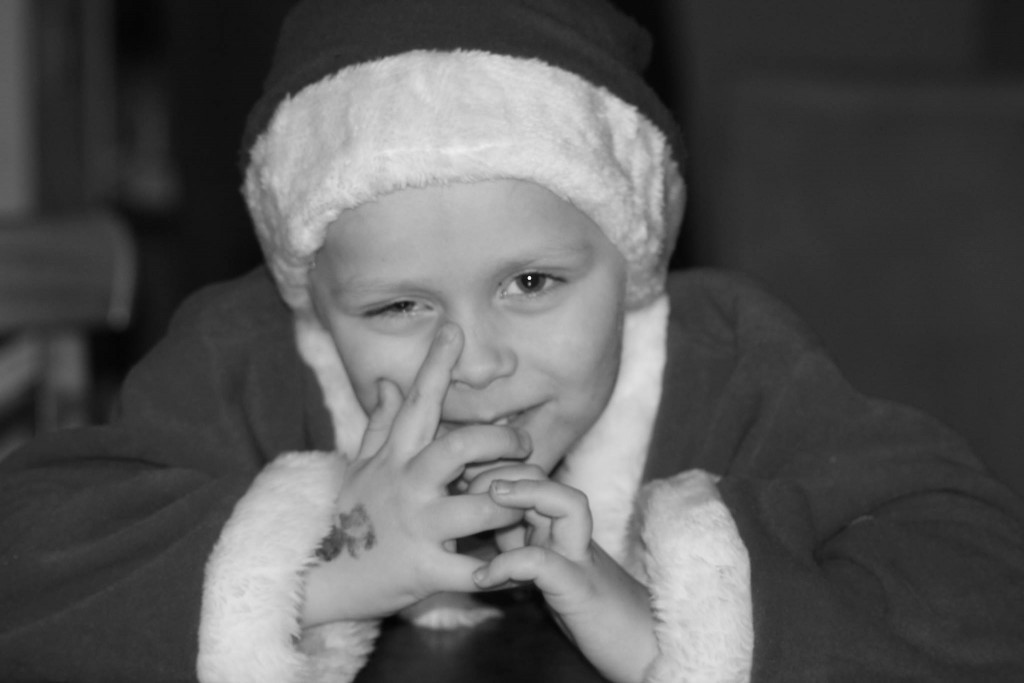 “It’s a time to love him in a childlike way…”

In particular, it’s a terrific time for loving him in a childlike sort of a way, the way you love your daddy and mommy, not because they symbolize anything big and important, but because of course you love them. What else are you supposed to do? You love them because you love them.

Obviously, there are plenty of reasons to love Jesus. He died on the cross to take away our sins. He is our King and our Lord. He dealt a death blow to Satan and all his works. He rose again and defeated death. He’s coming back to judge the wicked and give the righteous their reward.

But Christmas is a time for loving everything about Him all at once. It’s a time for loving the humble little babe in the manger that He was born as, and the man that He grew into who was stern with the proud and pitied the poor. It’s a time for loving Him in His agony on the cross, and in the glory that is His to come, when every knee will bow and every tongue will confess that Jesus Christ is Lord. It’s the time for loving the Son of God who was there at creation, who scattered stardust with His Father and made lights for the heavens, so that we could make little electronic lights on earth to better celebrate Him. It’s the time for loving the God who gives us so many good things that we don’t deserve, who gives us folks in our lives who can be strict with us, or who surprise us with their kindness and mercy, as we need in the moment. He is the Son of a generous and extravagant Father, and He is a generous High Priest, and an extravagant King.

All the things that make me happy this time of year, from blue lights to kindly strangers, from daddies giving tricycles to wise men giving myrrh, would all be nothing better than rot and dust without Jesus Christ, the Lamb Who Was Slain, to hold them up and make them new. And that’s what Christmas means to me.