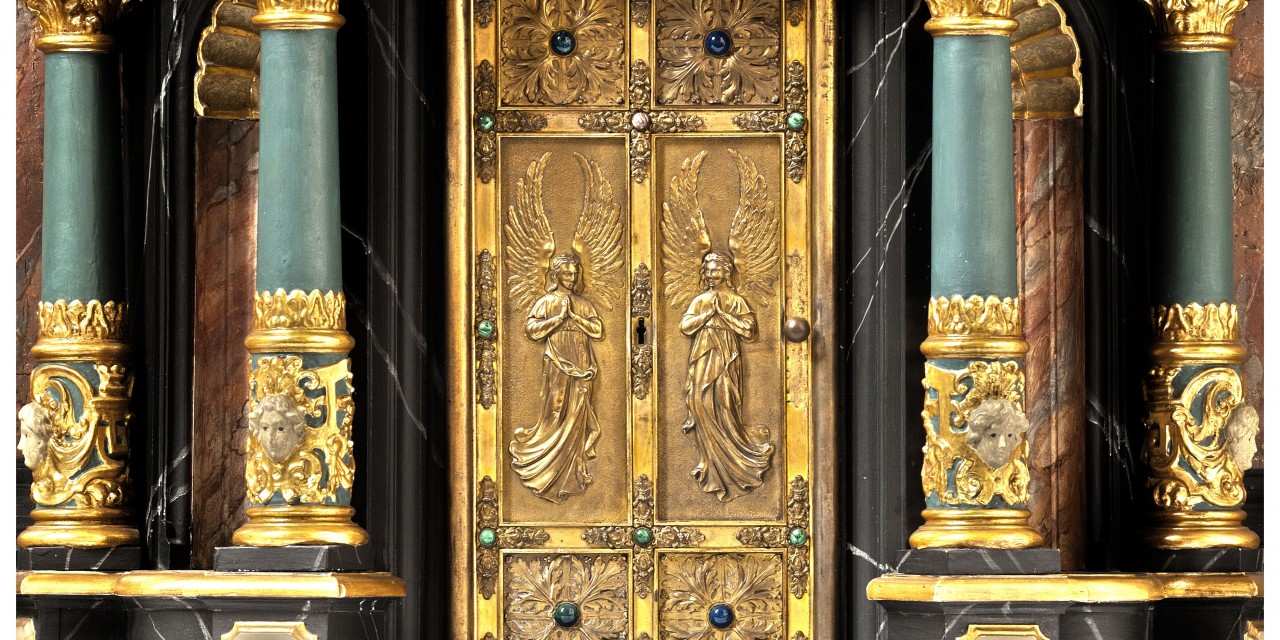 His palace was made of the finest Lebanese cedar. Meanwhile, the Ark of the Covenant, the symbol of God’s presence in Israel, dwelt in a lowly tent.

That can’t be right, David thought. I live in a lavish house and God lives in a tent…

He called in the prophet Nathan and announced he was going to build a proper house for the Lord—something enduring, something grand, something worthy of the Lord’s splendor and majesty!

How did God respond?

God asked David, “Wherever I have gone with all the sons of Israel, did I speak a word…saying, ‘Why have you not built Me a house of cedar?'” (2 Samuel 7:7).

In other words, God wasn’t dissatisfied with His tent. He wasn’t pining away for something better. God didn’t dwell with Israel because He needed the trappings of cedar and stone. After reminding David how He raised him and the whole Hebrew nation up from nothing, the Lord asked incredulously, “Are you the one who should build me a house? On the contrary, I’m going to build a house for you!”

That’s the grace of God.

The Lord gave Israel the tabernacle as a tangible sign of His presence among them. Pitched in the center of their wilderness camp, the Lord’s tent was the place where sinful Israelites could come and enjoy reconciliation and communion with their Redeemer.

But it was still a tent. It wasn’t elaborate. And it was meant to be that way. True, the tabernacle had its gold furnishings and embroidered curtains, but these were inside the tent, the part accessible only to the priests. The outside, as seen by the average person, was simple.

All this was according to God’s design. He wanted it to be obvious that He was bending low in service of His people. If Israel was to live in tents and wander in the wilderness, so would their Lord. If the flaming mountain was unapproachable, He would dwell in a tent. Thus He veiled His glory in order to reveal it.

The Apostle John proclaims that “the Word became flesh, and dwelt among us, and we saw His glory, glory as of the only begotten from the Father, full of grace and truth” (John 1:14). This word “dwelt” literally means “to pitch one’s tent.”

Jesus came and tabernacled among us when He came and clothed His glory in human flesh. And like the tabernacle of Moses before Him, Christ our true tabernacle was homely in appearance.

If He came in any other way, it would have been too much for us. For we have no stately form or majesty ourselves, nothing to commend us to the eye of God. We are disfigured by sin and the effects of the Fall. And, unlike Jesus or the tabernacle, these outward tents aren’t veiling glory. We’re ugly inside and out.

But instead of turning away in disgust, God took pity on us, sending “His own Son in the likeness of sinful flesh and as an offering for sin, He condemned sin in the flesh” (Romans 8:3).

This is what Christmas is all about. This is what the stable is about. This is why Christ hailed from puny, insignificant Nazareth (“Can anything good come out of Nazareth?”). This is why He died such an ugly death. He lived our life. He died the death we deserve. In this way Jesus bent low to serve us at the point of our need. In the words of country singer Iris Dement, “He reached down, and He touched the pain.”

For what purpose did Christ lower Himself? So that he might enrich us. So that He might exalt us to the highest place:

For you know the grace of our Lord Jesus Christ, that though He was rich, yet for your sake He became poor, so that you through His poverty might become rich. — 2 Corinthians 8:9

Elsewhere in this issue Stephen Baker exhorts us to not be too “spiritual” for Christmas. He calls us to give ourselves to feasting and whooping it up.

Amen. Have at it.

But don’t make the mistake David made. Once the grace of God had exalted him to a place of honor, he began to feel uneasy with the exchange. Surely it was time for him to return the favor. The whole thing was embarrassing. The grace of the tent needed to be improved upon. It needed a new structure, a new coat of paint, something.

But no, it didn’t. The incarnation, the tabernacle—such acts of Divine humiliation don’t need our help. Christ’s impoverishment for the sake of our enrichment never goes out of style. This is His glory, and He’s more than happy with it. It’s amazing. It’s rich. Angels long to look at it.

So don’t try and make your Christmas prettier than it is. Don’t work to make everything perfect. Don’t worry when the goose burns. Be richer for it. Don’t be disturbed when sin rears its ugly head during the reading of the Christmas story. Make repentance part of the feast. God’s grace is sufficient for our weakness. The grace of Christmas is tabernacle grace. 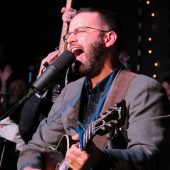